Ammo Shortage To Continue Until Summer 2021

I know there's the shortage thread near this one, but I figured I'd post this in it's own thread so it didn't get lost 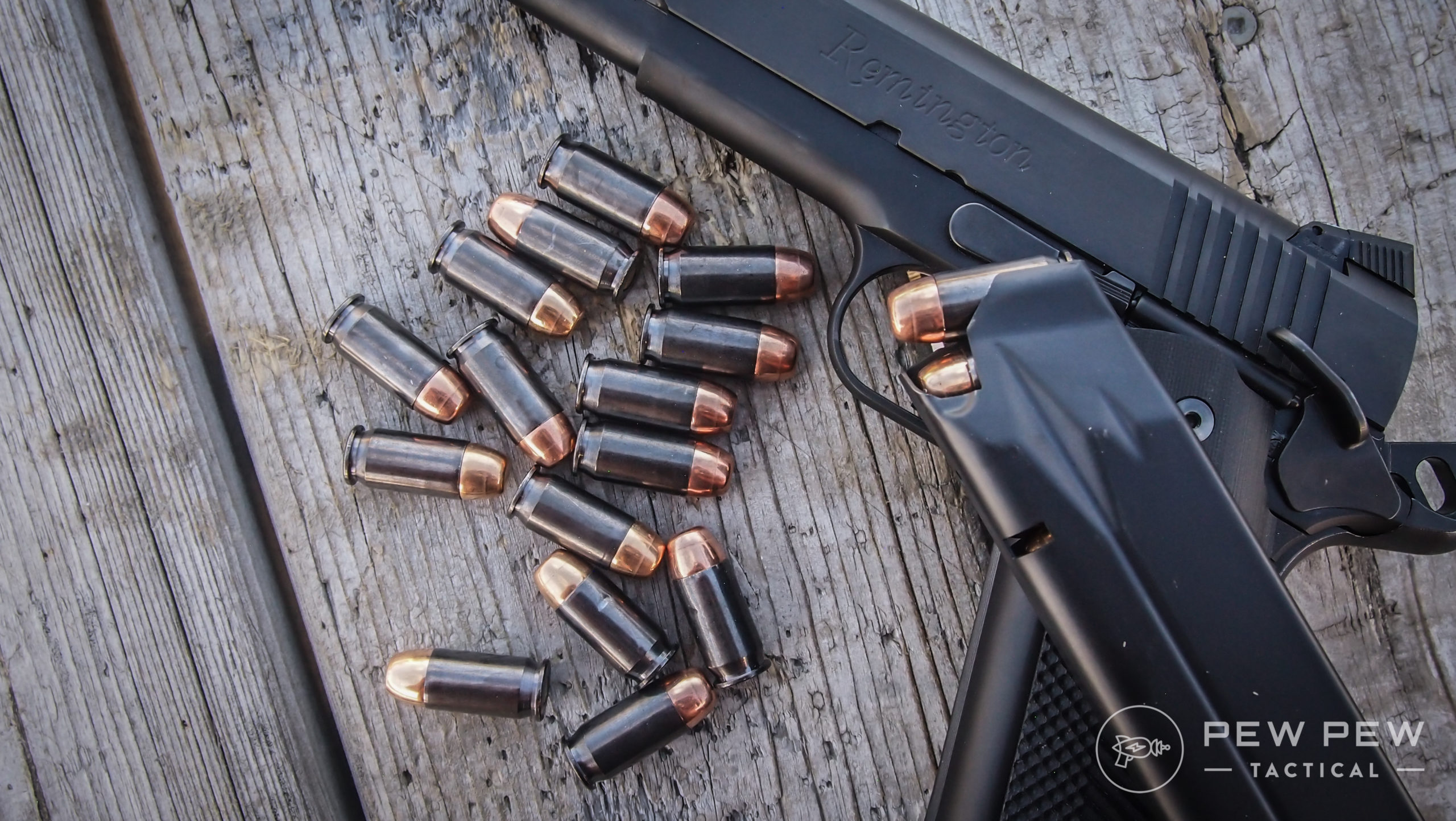 Manufacturers and retailers agree the ammunition shortage will likely continue until summer 2021. What's slowing things down? Come find out. 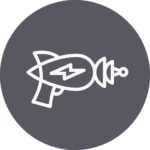 
Ammo makers and retailers see no end in sight for the rampant ammunition shortage, estimating that the supply won’t rebound before summer 2021.

Hit by an unexpected pandemic and civil unrest, ammo companies have struggled to keep pace with surging demands for popular home defense and concealed carry calibers. 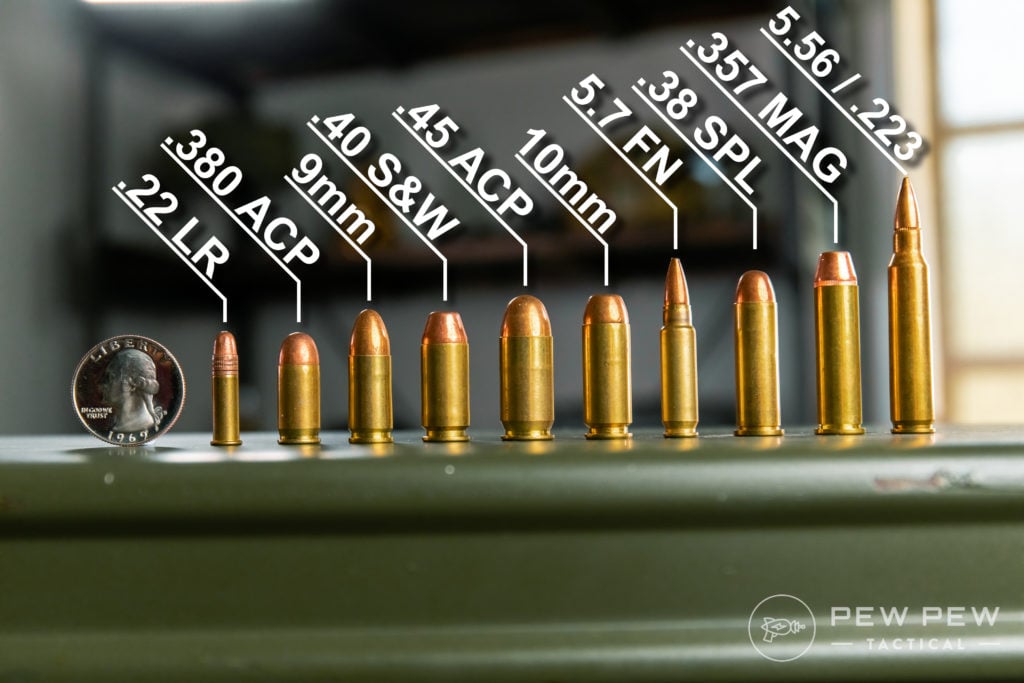 Coupled with lockdowns and temporary closures of factories, manufacturers have been forced to run at lower capacity despite ballooning sales. 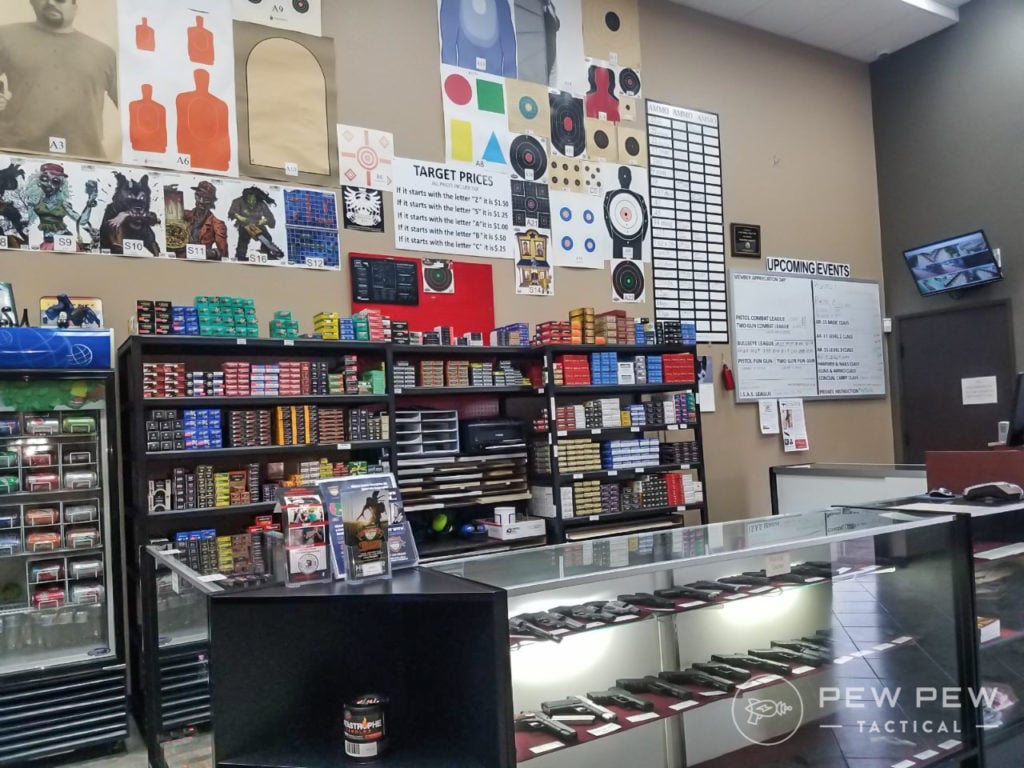 While it would be nice to see ammo levels return to normal soon, Felde and others said the shortage will likely continue.

“Unless demand falls rapidly, we don’t envision a scenario where supply catches up before summer 2021, at the earliest,” Felde told Pew Pew Tactical.

Though the industry braced for a run on firearms due to the presidential election, the continued lack of rounds was surprising. 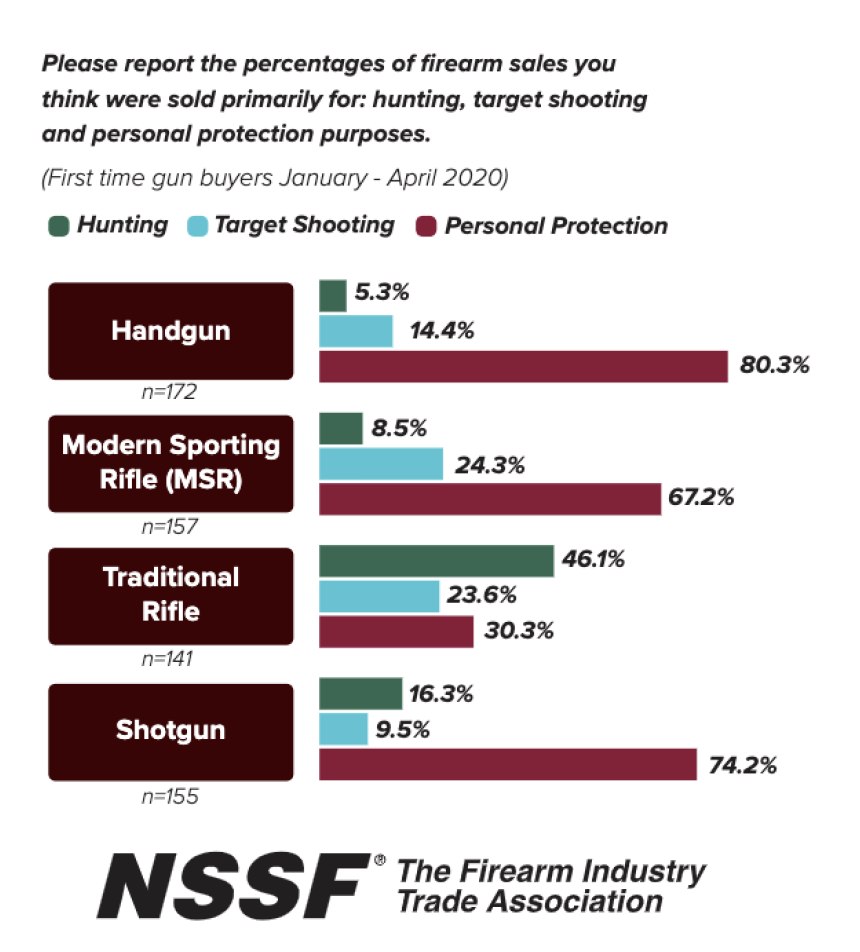 Vista Outdoor — parent company to ammo brands like Federal and Speer, in addition to newly acquired Remington — reported a year’s worth of backlog on ammunition orders.

Vista reported the 2020 ammunition orders totaled over $1 billion in sales in what the company termed “unprecedented.”

Critical Components Unavailable
In addition to spikes in demand and crippled manufacturing, the industry is also seeing a lack of critical components, like primers.

Lucky Gunner’s Felde said a lack of primers has had the greatest impact on small ammo makers and reloaders. 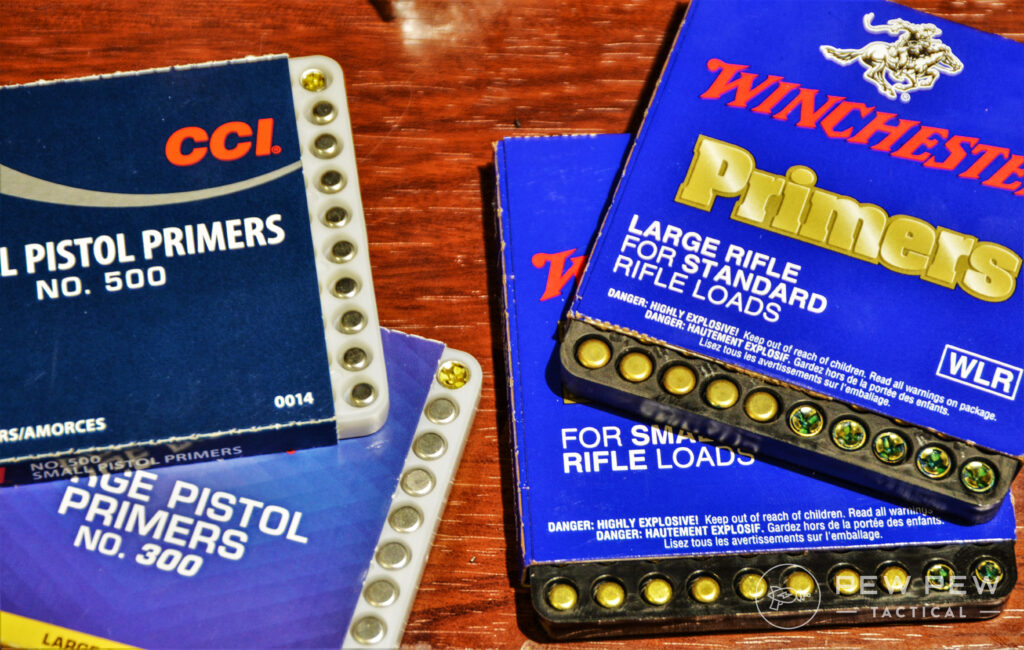 “That shortage is sidelining a lot of smaller boutique manufacturers. They may have projectiles, brass, and powder on hand but no primers,” Felde explained.

“That creates a situation where they can’t produce any cartridges, and their machines sit idle while demand for ammo rages on, creating frustration for everybody involved.”

The key to normalizing sales lies with new gun owners. Once new shooters stock up and the political dust settles, supply should return to normal.

“If things calm down socially and politically, we may get to finally see what that new normal level of supply and demand looks like,” Kiwacka explained.

Until then, it’s all about the hunt.

“Consumers will need to check with local shops and online sites at least daily. Most of the time, when we see a live posting for ammo, it’s gone in minutes.”

Brownells, a lead retailer for firearms, parts, and ammo experienced high volume sales that led to empty online shelves. An article from Pew Pew Tactical in July noted only 2% of handgun models and 3% of rifle models in stock.

The retailer said it’s fighting to restock but current demand makes it tough to keep up.

“Brownells is constantly trying to get more ammo, but demand is so high for certain cartridges they sell out very quickly once they hit the website,” Roy Hill of Brownells told Pew Pew Tactical.

“I would suggest checking websites, like Brownells.com frequently for the specific cartridges you’re looking for. A few times a day, hit a website and see if anything has come back into stock.”

Hill also added that handgun ammo tends to sell faster than rifle ammo, so consumers might want to focus their search on rifle cartridges. 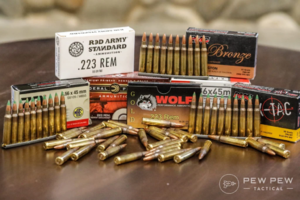 With the shortage looming until summer 2021, gun owners should continue to stay diligent and check online sites daily for ammo deals and availability. In short, don’t sleep on any ammunition that pops up. It won’t last long. 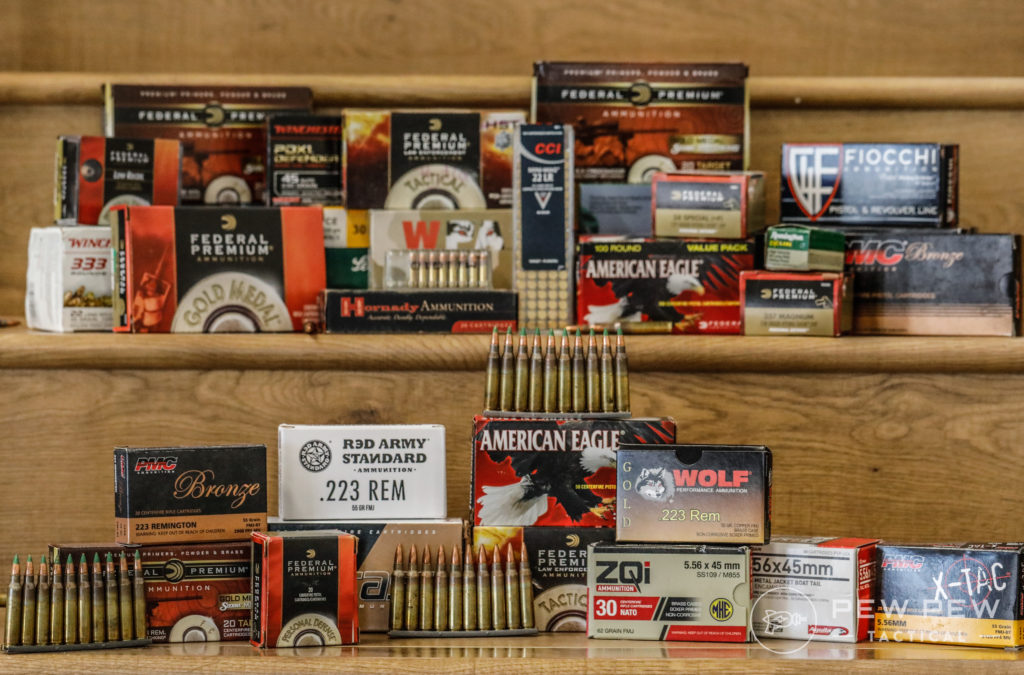 I suspect it will be 2022 at the earliest before we see a reprieve.

As the song goes... It's only just begun.

All those days/weeks/years of loading up on ammo, saying "that's enough" "it would be a waste to buy more" laughing at myself because I thought I had "too much ammo".

I thought I was stocked up fairly well (6 months supply). Turns out fairly well means not enough.

I bought a fair amount when I had $$. Then I didn't have enough $$, so couldn't afford it. Now I can and there is none.
I think what I'll do is put a little aside each week, and go on a spree next summer.
I don't see the point in wasting money on getting a couple of boxes here and there, that won't make a dent in adding to what I already have. I think I'll take my chances and wait.
I have plenty of .22 for target though, not that I can get to the range much anyway.

Not surprised. Manufacturing in all industries has just been getting slammed with no end in sight. Very difficult to hire people as a lot of states are still giving extra benefits to unemployed. Random employees out every week due to needing to quarantine after testing positive for the 'rona. Supply chains dealing with same issues, so can't get raw materials in at the right time.

Manufacturing is a fragile environment....

Ammo Shortage To Continue Until...

ddraper said:
I thought I was stocked up fairly well (6 months supply). Turns out fairly well means not enough.
Click to expand...

You dont have enough unless you need a fork lift to rotate/access.....

I have made a personal decision to stop all ammunition purchases.

And will instead, concentrate only on explosives...

ddraper said:
I thought I was stocked up fairly well (6 months supply). Turns out fairly well means not enough.
Click to expand...

What exactly is a 6 month supply?

enbloc said:
I have made a personal decision to stop all ammunition purchases.

And will instead, concentrate only on explosives... 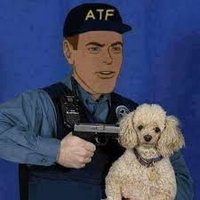 jpk said:
You dont have enough unless you need a fork lift to rotate/access.....
Click to expand...

If I could get my hands on some spp I'd be way better off when it comes to 9mm & 38spl. I don't have a lot of 45 but I have enough supplies to load way more than I need for years unless civil war breaks out.

With all due respect, as I know we've all been around the tree a few times, I'd offer a different scenario for your consideration:

Winter chases the Antifa types off the street with the cold temps while "the Rona" recedes in the spring lowering the fear levels a bit. Further, without Trump to use as the "bad orange man" the fractures in the Democratic Party which were hidden in their unity over Trump-hate, come to the front and divide the party making it less "effective." The radical left has only the vaguest forces to "Resist" under a Biden admin and faces a unified right and centrist left (on the issue of rioting) when and if they do return to the streets next summer. All of this happens in a time when the Biden Administration faces significant and severe challenges that prevent it from focusing (negatively) on 2A issues while the SC is no longer a refuge for the Gun Control types. I think Ammo is back to within 20% of it's pre-covid/riot/shortage hysteria by mid summer.

1. A single or series of Mass-Shooting incidents refocus the Biden admin on gun control.
2. Dems get control of the senate in 6 weeks.
3. "Wild Card" Coronavirus prevents workers from returning or raw materials from being sourced.

That's my optimistic take on it. I could be wrong. The lady says so frequently.

kope said:
What exactly is a 6 month supply?
Click to expand...

Heck, how long did it take for .22 to come back after Newtown??? 3 years? It's going to take until 2022 or so for prices to reach anywhere NEAR normal. 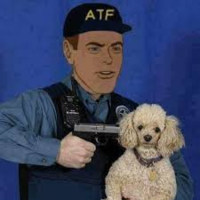 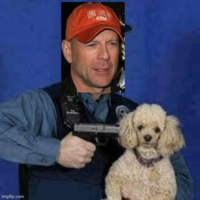 There's free market and then there's price gouging. I don't like price gouging. TSU charging $30 for a box of $11 ammo? Makes me rethink my membership with them. 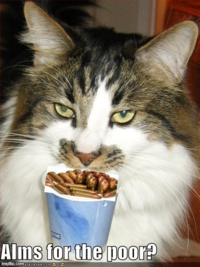 Manufacturers and retailers agree the ammunition shortage will likely continue until summer 2021. What's slowing things down? Come find out.

...“If things calm down socially and politically, we may get to finally see what that new normal level of supply and demand looks like,” Kiwacka explained....
Click to expand...

Location
Not from around here.

Like the song says, "Baby you ain't seen nothing yet."

kope said:
What exactly is a 6 month supply?
Click to expand...

Take the amount of ammo you shoot in a single day and multiply by 183 days...

keysersoze said:
There's free market and then there's price gouging. I don't like price gouging. TSU charging $30 for a box of $11 ammo? Makes me rethink my membership with them.
Click to expand...

What they are doing is the free market.

They can't keep anything in stock. They probably don't even bother re-stocking the warehouse. I wouldn't be surprised if they post it in stock as soon as the truck arrives and they unload it, stick a shipping label on it and load it into another truck for delivery.

I doubt supply will catch up by the summer 2021. Maybe if enough people stop buying and shooting during winter.

But as soon as the weather gets nice and competition starts again, you will see a surge in demand.

I think supply will not catch up until December 2021.

A good measure will be 9mm and primers lasting more than 1hr on websites.

jpk said:
You dont have enough unless you need a fork lift to rotate/access.....

A vendor mentioned to me that there is currently in excess of 1 billion rounds of ammo on back order with manufacturers
Click to expand...

That is not much. One local dealer buys in 1M round quantities for a single caliber/load. So, without branching outside of 9x19, a single local dealer can account for .1% of the backlog. I suspect 1B is a conservative number generated ex rectus to simply mean "really big".

I'm putting ammo in the kettle this year... 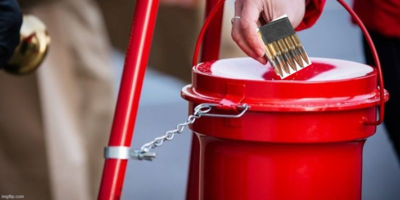 There’s far too many cat photos on this forum. And there is no ammo shortage. It’s kind of like the toilet paper shortage. Get real!
E

keysersoze said:
There's free market and then there's price gouging. I don't like price gouging. TSU charging $30 for a box of $11 ammo? Makes me rethink my membership with them.
Click to expand...

MGnoob said:
There’s far too many cat photos on this forum. And there is no ammo shortage. It’s kind of like the toilet paper shortage. Get real!
Click to expand... 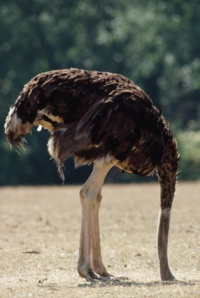 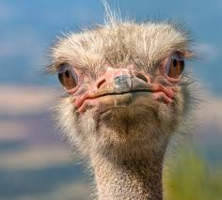