drgrant said:
A loaded gun with a safety enabled is 1000x less retarded than an empty gun. At least most of the time that can be operated with one hand!

I rarely bother saying anything anymore but I usually tell people "if you're going to carry an empty gun pick something else that you would be more confident loaded with". A 5 shot j frame with a 10 pound trigger is less of a liability than an empty gun is.
Click to expand...

I got called a 'cuck' plenty by fellow gun enthusiasts for choosing to carry a HK P30S loaded but with the safety on. They're like why bro? Your double action first trigger is your safety. Wait till they hear about my fashion man purse I like to carry it in sometimes. People ought to stop worrying how others carry. Why care? Y'all live longer lol.

G4Y4HK said:
I got called a 'cuck' plenty by fellow gun enthusiasts for choosing to carry a HK P30S loaded but with the safety on. They're like why bro? Your double action first trigger is your safety. Wait till they hear about my fashion man purse I like to carry it in sometimes. People ought to stop worrying how others carry. Why care? Y'all live longer lol.
Click to expand...

Can you stop that. That would never happen in MA. 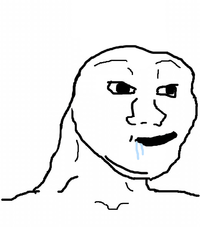 paul73 said:
i gonna be honest here - when i was single i had a glock gen1 with one in chamber all the time, when i needed it. and i had to use it a couple of times.
now with family and kids by my side i simply do not carry glock - i carry p365 with one in chamber and safety on. it is a compromise that makes me comfortable.
if someone somewhere is not OK with that - they can f*** themselves for what i care.
Click to expand...

Roger that.
I'm pretty comfortable carrying a G43 or 19 in a good holster ready to go.
I was curious about when you had to use your Glock a couple of times. Can you share those experiences?

That dovetails perfectly with the fact that
I don't depend upon my grip safety to keep me safe.


In God We Trust said:
I don’t carry chambered. Don’t see the need for it and don’t care about anecdotes and opinions,
Click to expand...

You may not care about anecdotes and opinions,​
but if you choose wrong,​
you may become the subject of an anecdote or opinion.​
- Leon Trotsky​
(I may have made up that last part).


Ranger007 said:
I don’t wear a seat belt all the time. I figure if I need it I will put it on right before the crash.

I knew her.
She was selfless - she didn't try and put on her own belt.
When it was hitting the fan and everything was on the line,
she'd steer with her left hand, and throw out her right arm
to protect the front seat passenger.

Broccoli Iglesias said:
I think everyone getting COVID is making people stupid.

I am basing this on the recent amount of stupid threads on NES asking about high cap mags, leaving guns unattended, carrying condition 1 or not ...
Click to expand...

No; the cabin fever is getting so bad that newbs are saying to themselves,
"self, I've read everything else on the Intarwebs -
I guess it's time to try asking questions on NES".


Broccoli Iglesias said:
This, 100%. Mixing it up is a bad idea. You will need it one day and will rack the slide, wasting an expensive round. Have you seen the price of 9mm?
Click to expand...

Yahbut if it's a lethal force encounter,
the cops will help you crawl around on the ground
to find the errant round.


Broccoli Iglesias said:
Get some Nitro Wood and walk around condition 1.
Click to expand...

Doesn't that belong in the CLP thread?


ParrytheWind said:
Carrying an unloaded gun is the same as not carrying any gun,.. Good luck with that.
Click to expand...

Except when you're carrying under the influence in Mass.
Then, it's legal.

Tallahassee said:
+1 for the fanny pack.
Click to expand...

It's a Bat Belt, dammit!


Quite_Exasperated said:
Recommend keeping the gun at the low ready at all times and move from cover to cover in a staggered fashion, waving your party to follow one at a time, especially in Boston. Don’t forget hand signals to maintain comms blackout.
Click to expand...


Broccoli Iglesias said:
Only when I am out on the boat, I need a boat anchor.
Click to expand...


whatluck said:
Ehhh I appreciate your levity, but I left that there because there's a lot of people on NES (yourself excluded im sure) that talk about knife fighting but really have no idea how horrible it is.
Click to expand...

And that was just some confused stumblebum with a box-cutter -
not even a Mean Drunk, let alone a motivated sociopathic mugger.

Anyone here who doesn't have experience with wet-brain drunks and
guys waving a blade owes it to themselves to invest 16 minutes in that video
and ponder what could have happened if someone got cut.


AJK129 said:
20 feet is basically the length of a truck, so it's essentially shooting someone charging you at a gas pump
Click to expand...

F that noise; you should be so lucky.
Hose him down with 87 octane (starting at the eyes) and pray for a spark.


Grendizer138 said:
Most good trainers teach situational awareness and avoidance in their firearm classes. I know mine does.
Click to expand...

The goal is to learn situational awareness.


CRSIII said:
Yup. Don’t walk on the train tracks if you don’t have.
Click to expand...

Rockrivr1 said:
Honestly I think it’s impossible to be situationally aware all the time.
Click to expand...


kerryman71 said:
... there are people out there who are oblivious to their surroundings all the time.
Click to expand...

A.k.a. the Walking Unconscious.

Spartan65 said:
Agreed, stay out of the hood and off the street after 10pm. Nothing good happens after 10pm.
Click to expand...

whatever happened to midnight?

Greg said:
Just got back from Target in Leominster and they had an Xbox SX so I had to buy it for some reason... I was walking out with both hands full carrying the box and a bag of yogurt( my BF wasn't around to carry the bags) and amazingly enough I didn't get mugged for the toy !
Click to expand...

Yogurt counts for a lot in some quarters.


JDL said:
Without a round in the chamber all you have is a hammer
Click to expand...

Hammer counts for a lot.


mac1911 said:
Eh , NES is like any magazine ….constant rotation of the same old shit.
Like golf magazines how many “sand trap” tips can they publish each year.
Click to expand...

Right to carry on campus poll