I've seen enough of these police shooting a car that's trajectory isn't even close to going for a cop ! But because cop, they dead and put cop life in danger. And when they do get in front, THEY PUT THEMSELVES THERE.

SFC13557 said:
Why? You don't believe a automobile is a deadly weapon?
Click to expand...

weekendracer said:
Just from the write up and the video, how the F are you going to show up at the perps house, as someone else said, when it's a STOLEN car?

Brevard County Sheriff Wayne Ivey claimed that the deputies were attempting to conduct an investigation after they spotted the vehicle being drive by Croom and believed it was potentially a stolen car that had fled from another deputy moments earlier,

The vehicle had already fled, I'd guess at high speed, from other deputies. They chose to drive towards a cop. Could the cop retreated? Sure, maybe. I've said it before, as someone who's been there, retreating from a vehicle is a calculated risk. I'm still here, so I made the right decision, but it could have gone a different way. My encounters were in the middle of nowhere where the risks to the 'general public' were minimized.

How about, hey pull the hell over. You got caught, do your time and try again.
Click to expand...

The problem with literally all shooting videos is that they lack the before and after component and cleverly edit the video that shows the 2 guys getting shot without any context and suddenly it looks like another public outrage. There was probably a lot more going, maybe more radio traffic and dispatcher traffic, etc. Maybe these guys were known to cops and have a history with them as well. It's not always so cut and dry. But I have to say in this case, if you're going to try to run over a cop with a car then expect to bleeding out from some freshly drilled holes in the carcass.

dragonballzz said:
*KNOCK KNOCK KNOCK* This is the police! Surrender your guns!
Click to expand... 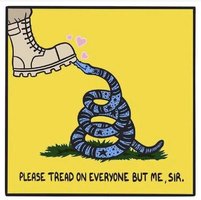 This happened a week ago.
Where are the BLM protests, riots and looting ???
I guess they're not bothering with that stuff this time because the election is over and the DNC isn't paying them anymore.
S

Zappa said:
This happened a week ago.
Where are the BLM protests, riots and looting ???
I guess they're not bothering with that stuff this time because the election is over and the DNC isn't paying them anymore.
Click to expand...

California cops shoot dead double amputee, 36, as he tries to run away from them on his stumps: Police department says officers feared knife

Officials investigating after one dead, another injured, in double shooting at Massachusetts Dollar Tree
2

One is none. Two is one. Clerk uses two CCW guns to thwart robbery after being shot.