LANTANA, Fla. - A man accused of stealing a car with a 6-year-old boy inside in West Palm Beach and crashing it in Lantana early Saturday was shot by the boy's father, deputies said.

Palm Beach County Sheriff's Office spokeswoman Teri Barbera said Lamar Thurman, 29, drove away in the car, which was parked in front of a home on Roberts Lane, while the engine was on and the boy was inside as his father was saying goodbye to friends.

The boy's father and friends followed the stolen car while calling 911.

As the boy's father and friends tried to rescue the child from the car, Thurman started to drive off again, Barbera said.

That's when the boy's father, armed with a handgun, shot Thurman several times "in an attempt to stop him from fleeing further with his child in the car," Barbera said.
Click to expand...

Location
N of the Rebublic. SE of Alba and W of Ling Ling

Location
The “good” section of Lynn 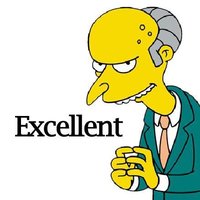 Poor Lamar. He needed the car so he wouldn't be late for his job interview at the office. He was taking his probation seriously and was turning his life around. (don't know how I typed that with a straight face). BURN in HELL LAMAR.

Poor Lamar, now how is going to get his own car if people keep shooting him as he tries to steal theirs?

I love a happy ending

Very disappointed in the father. The kidnapper is still alive.

That father showed more restraint than I fear I would have.

He was just turning his life around.

Location
Somewhere in the sands of time

Location
Just a 1/2 mile from Freedom.

Poor Lamar, now how is going to get his own car if people keep shooting him as he tries to steal theirs?

Being it's in FL, I'd wager good money this actually gets said.