Shocker: Crime Soaring In Left-Wing Cities That Defunded The Police

One year after the movement to "defund" police saw cities slash budgets and cut funding, the U.S. has seen an uptick in crime. Homicides alone are up 24% since January and more than 70% of people in a recent Fox News Poll said they believe crime is on the rise nationally. As a result, the pendulum may be swinging back in favor of the police.....

..... "Now some cities are refunding the police department," FOX Business’s Stuart Varney said on Varney & Co.
Cities like New York City, Oakland, Baltimore, Minneapolis and Los Angeles are planning to reinstate tens of millions for the construction of new police precincts, increase police department budgets, among other plans to bankroll more efforts to confront the uptick in crime....

.... In Minneapolis, residents filed a lawsuit against the city and its mayor alleging that both parties have failed to keep residents safe amid a rise in violence over the past year. The lawsuit accuses the city of not meeting a minimum threshold of police officers per citizen as part of a requirement in a city charter.

One community in Atlanta is planning on separating from the city to form its own police department to respond, according to Hu. Bill White, chairman and CEO of Buckhead City Committee told Fox News that the decision for the Buckhead section of Atlanta to split from the rest of the city follows surging levels of crime and an underfunded police force. According to White, 80% of the Buckhead community is in favor of the separation. A referendum is expected to be placed on the ballot next year and a bill authorizing the referendum has been introduced in the Georgia House of Representatives.
Click to expand...

All part of the plan to federalize police.

Yep it is open season with no consequences:

Thirwell1216 said:
Yep it is open season with no consequences: 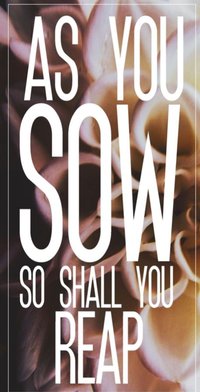 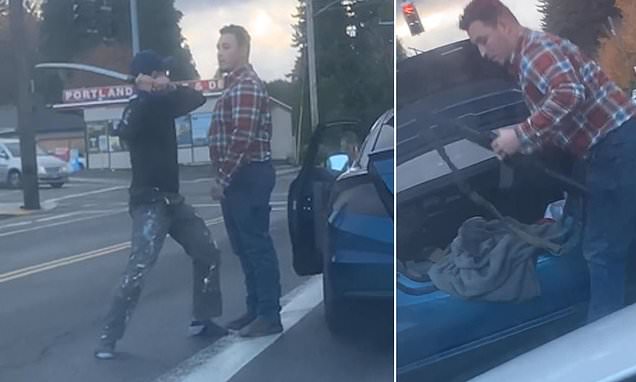 A driver was filmed running towards another motorist while brandishing a samurai-like sword in Portland, Oregon. The city is seeing crime soar after its police department's budget was slashed. 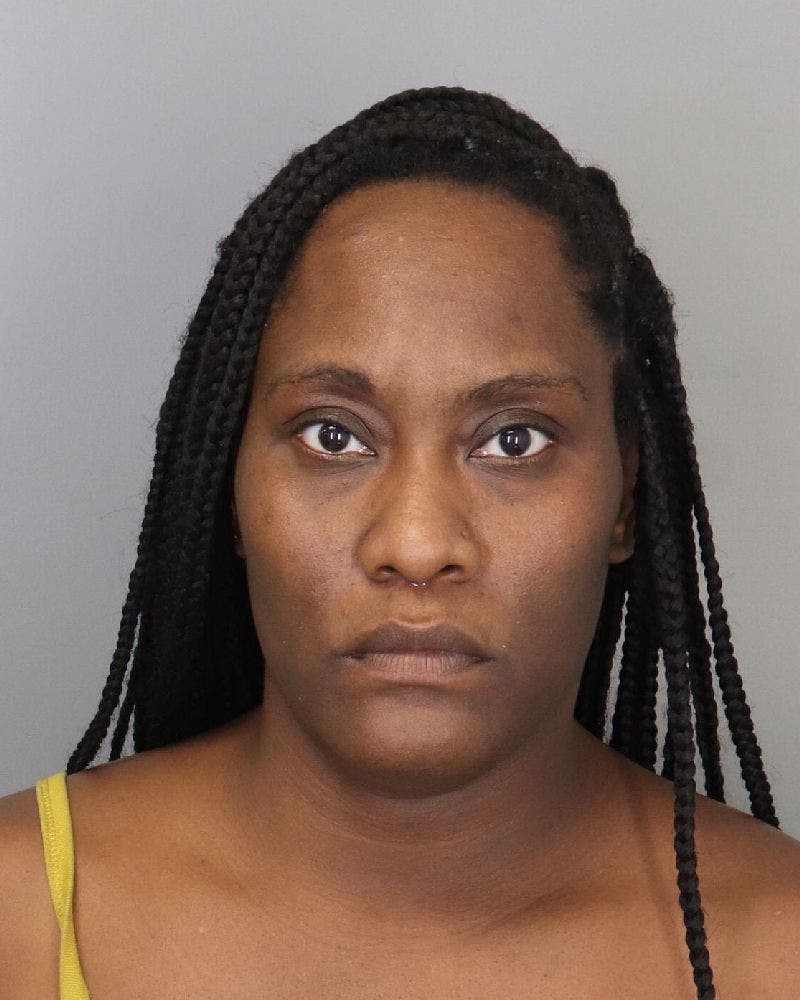 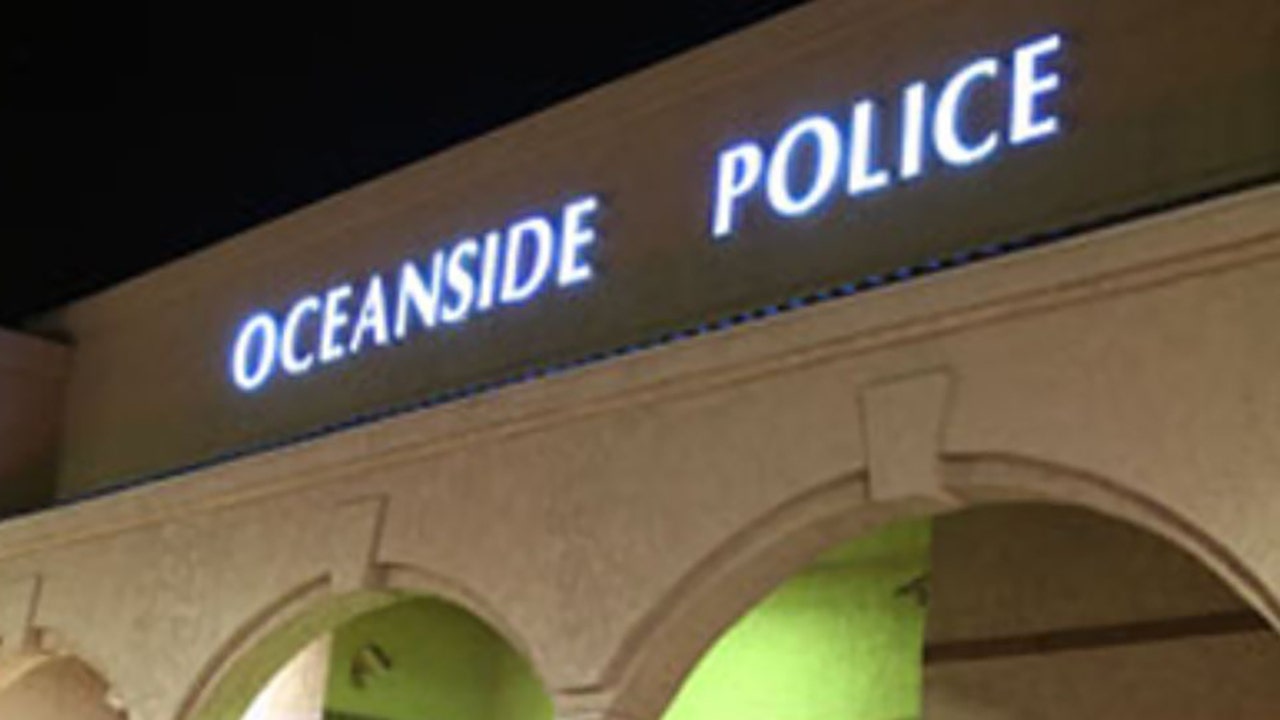 A San Diego County resident shot and killed an alleged robber during a home invasion involving at least one armed suspect earlier this week, according to reports.

So who's dying? Is it a bunch of gangbangers? Is it muggers getting killed by their "victims" who don't report it?

I have to know who the body is, before I can assign victim status. Once I know the status of the victim, I'll assess how many f__ks I give. Right now, my field of f--ks is barren.
O

I'm just glad that they don't use a lot of bird shot 'cause I'm white. Megan.

"I'll stretch you out," Hall allegedly snarled at her child's classmates before opening fire.​
Holding out for "Imma".

A San Diego County resident shot and killed an alleged robber during a home invasion involving at least one armed suspect earlier this week, according to reports.

Someone send a clipping of that to the Hildebeest;
make her double down on the Woodlot Chardonnay
to get a decent night's sleep. 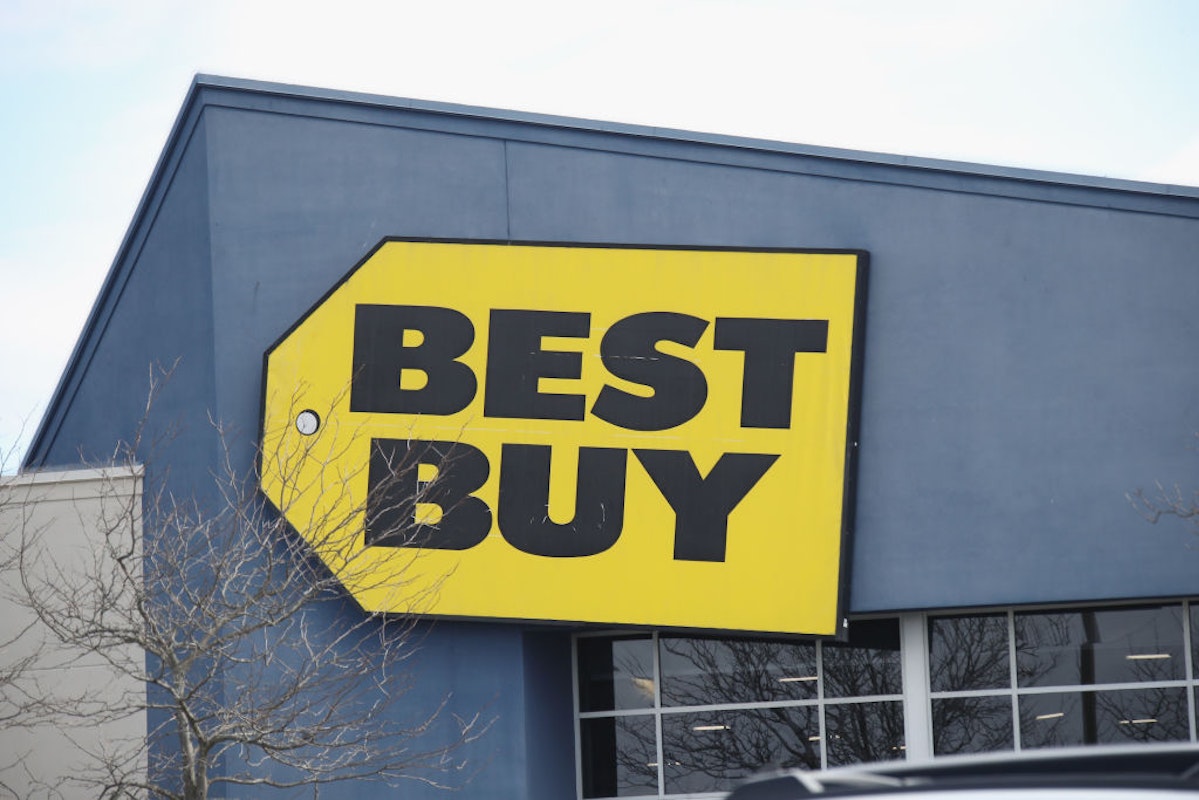 Minneapolis is teaching its leaders a hard lesson about society.

The city counsel and the A-holes that voted for them should be left to stew in that gross pot they created. F-Them.

Did Alyssa Milano already come out with a statement? Must’ve missed it.

frenchman said:
Did Alyssa Milano already come out with a statement? Must’ve missed it.
Click to expand...

Probably did and blamed the guns and gun owners for everything

general disorder said:
The city counsel and the A-holes that voted for them should be left to stew in that gross pot they created. F-Them.
Click to expand...

I hope nobody applies for the jobs, and the county sheriffs, state troopers and national guard refuse to do the policing in place of a local PD.
Let them serve as an example to the rest of the country as to what happens when dumbass democrat anti-police policies are implemented.
Last edited: Dec 1, 2021

Zappa said:
I hope nobody applies for the jobs, and the county sheriffs, state troopers and national guard refuse to do the policing in place of a local PD.
Let them serve as an example to the rest of the country as to what happens when dumbass democrat anti-police policies are implemented.
Click to expand...

Coinkadentally, on Tuesday I saw a Reader Comment on Chicago Contrarian,
the replacement blog for Second City Cop:


Not to[o] long ago the [Chicago PD]/[CPD Union] was involved in a dispute with the city of chicago over the vax mandate. It ended up going all the way into court. Up to 30% of the city's coppers didn't hit the button and were threatened with being put into a no pay status for non compliance. The mayor had a massive sphincter spasm and started calling [the suburban jurisdictions surrounding the city] asking if they could be called upon for assistance should the need arise due to manpower shortages. They all said no thanks. The reason, we don't trust your state's attorney [who loves to broom criminal cases (you know the type, cough Rachael Rollins cough) and indict cops for brutality/AHM] and we are not going to allow any of our officers to get railroaded by that softball. This is coming from executive level career law enforcement officials. ...​
Around here I wouldn't necessarily assume that the suburban towns were that smart.
But if Boston turned into that kind of city that eats its own cops,
the suburban Mutual Aid Society rank-and-file might develop some Blue Flu
even if the selectmen and chiefs were gung-ho about helping Boston.
G

unfortunately, the wealthier retards that initiated these pro crime policies will flee the cesspool they created for safer havens. Like an infection seeking a new host, they will bring their failed politics with them.

G Port said:
unfortunately, the wealthier retards that initiated these pro crime policies will flee the cesspool they created for safer havens. Like an infection seeking a new host, they will bring their failed politics with them.
Click to expand...

They'll get what's coming to them no matter where they run.


I wish you could hear a high school alumnus of mine
impersonating Edward G. Robinson as Dathan in The Ten Commandments.

Recall that he was the Israelite who was the suck-up to Pharoah. 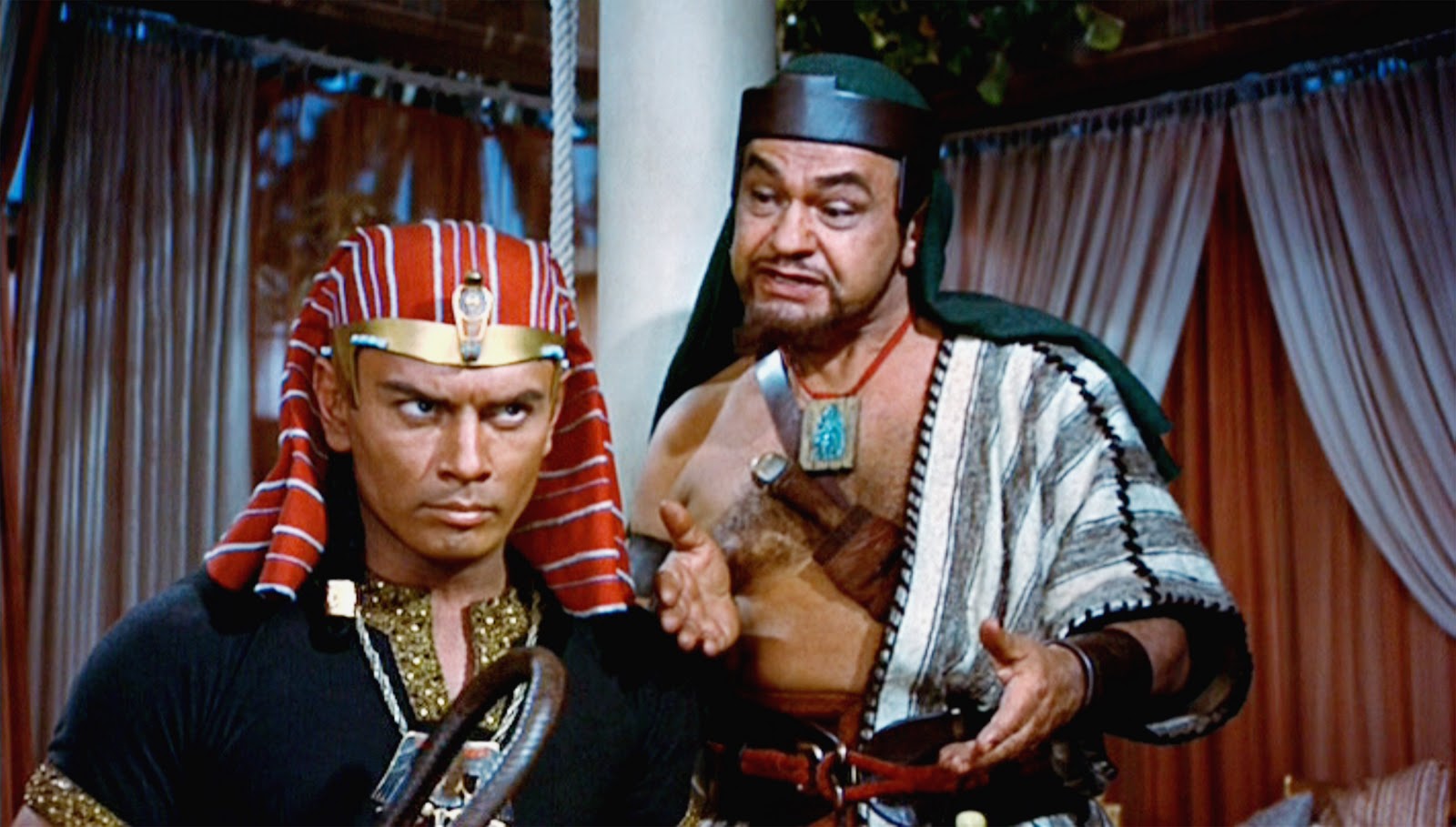 But after the last plague, Pharoah gave him the bum's rush.

While Moses was getting the word up on the mountain,
Dathan sows discord amongst the tribes.


Yeah, see. Moses is gone and he ain't coming back.​
What we need to do is build a golden calf, see.​

Dathan fled Egypt,
but he got what was coming to him in the end... 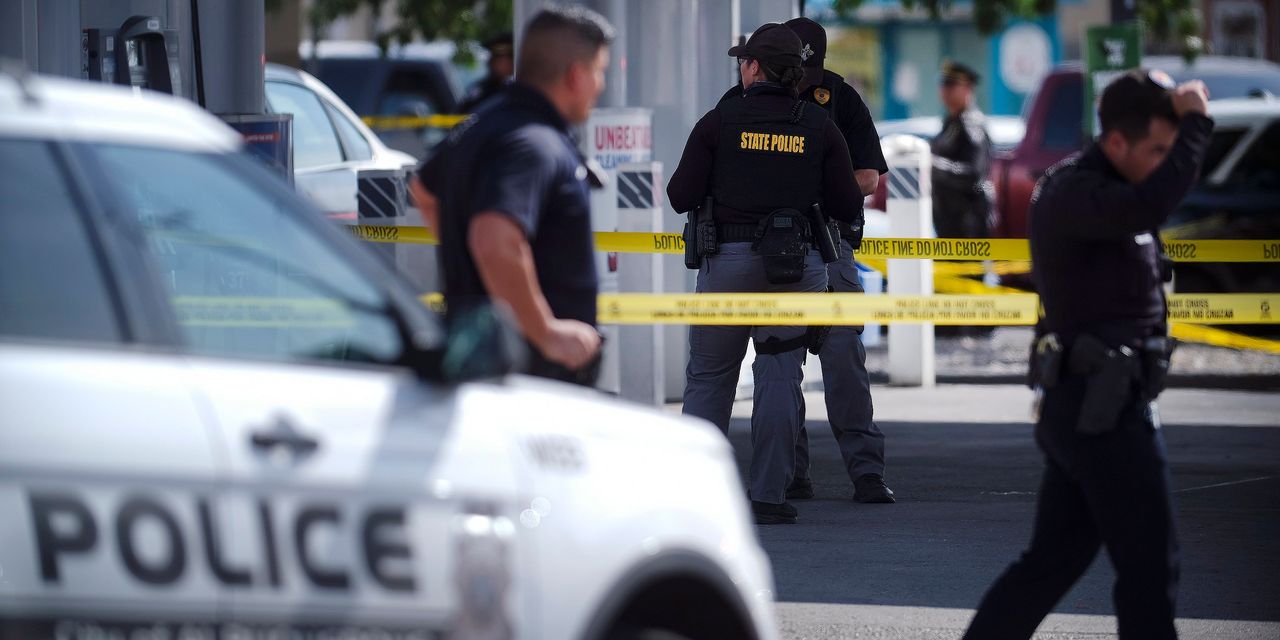 Opinion | The Predictable Consequences of ‘Defund the Police’

It took a spate of murders for the mayor of Oakland, Calif., to abandon the destructive slogan.

“Thanks to the left’s indulgence of Black Lives Matter activism, cities are having trouble retaining and recruiting cops. Early retirements have increased, and the job has become more dangerous. Attacks on police officers have risen, and the FBI reports that the number of police officers killed in the line of duty between January and September was up by more than 50% over the same period in 2020. By pretending that the police are a bigger threat to society than the criminals, progres-sive policies are making the country demonstrably less safe than it’s been in decades.

Hopefully, more liberals will pay a political price for what they’ve unleashed. Until then, we’ll all be paying.“

”Pay a political price” WSJ says - but unless liberals personally pay a price, they will continue to support IOBY (In Other’s Back Yard) policies. 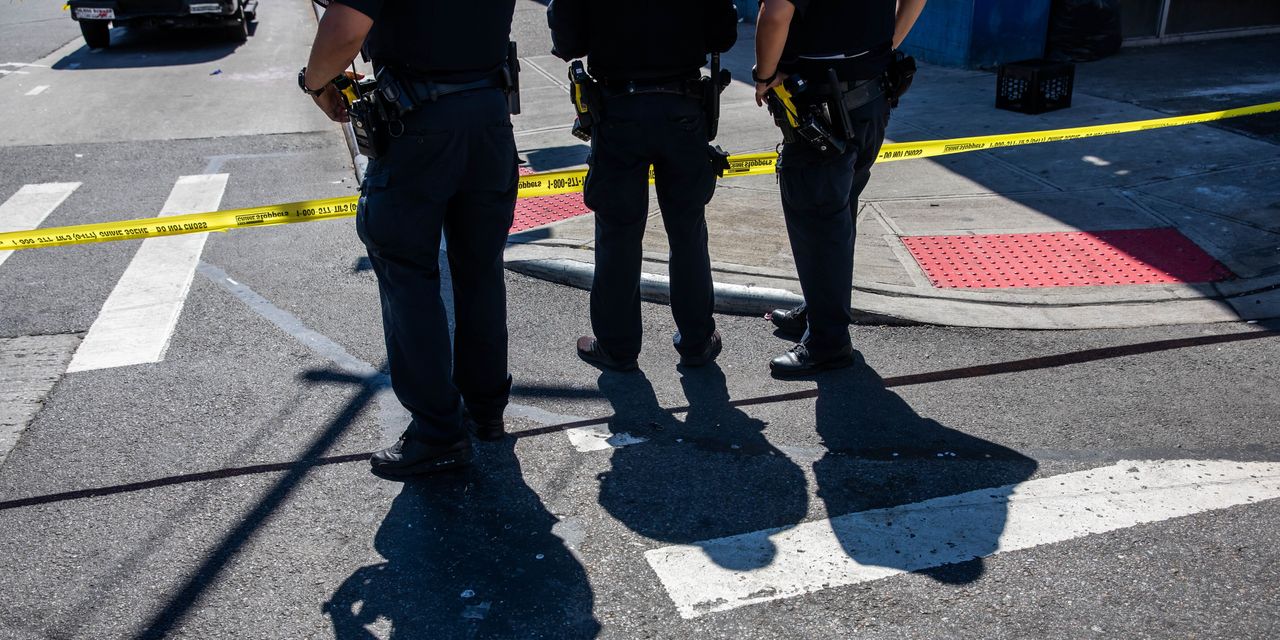 Opinion | Yes, the Crime Wave Is as Bad as You Think

Progressives gaslight the public by claiming things used to be worse.

“The U.S. experienced its largest-ever single year homicide spike in 2020, and crime now polls as one of the top voter concerns. This has many criminal-justice-reform advocates and their media allies scrambling to convince Americans that things aren’t really so bad, no matter what the data say…

First, we don’t live in the aggre-gate. The majority of Americans spend their lives in the communities where they live and, if they commute, where they work...

Second, the claim that crime isn’t as bad as it was in the 1990s is no longer true for a long list of American cities, many of which have either surpassed or are currently flirting with that decade’s homicide tallies. Philadelphia just shattered its all-time annual homicide record with a full month remaining in 2021, as have Louisville, Ky.; Indianapolis; Colum-bus, Ohio; Austin, Texas; Tucson, Ariz.; St. Paul, Minn.; Portland, Ore.; Albuquerque, N.M.; and Fayetteville, N.C. Other cities, like Cincinnati; Trenton, N.J.; Memphis, Tenn.; Milwaukee; Kansas City, Mo.; Jacksonville, Fla.; Denver; Cleveland; Jackson, Miss.; Wichita, Kan.; Greensboro, N.C.; Lansing, Mich.; and Colorado Springs, Colo., saw their highest homicide tallies since 1990 last year…

Shushing skeptics by pointing out that things aren’t as bad in the aggregate as they were 30 years ago invites an obvious question: So what?”

A desperate effort of progressives to convince people that the riots, looting and burning of cities by BLM/Antifa as a natural urban renewal cycle. 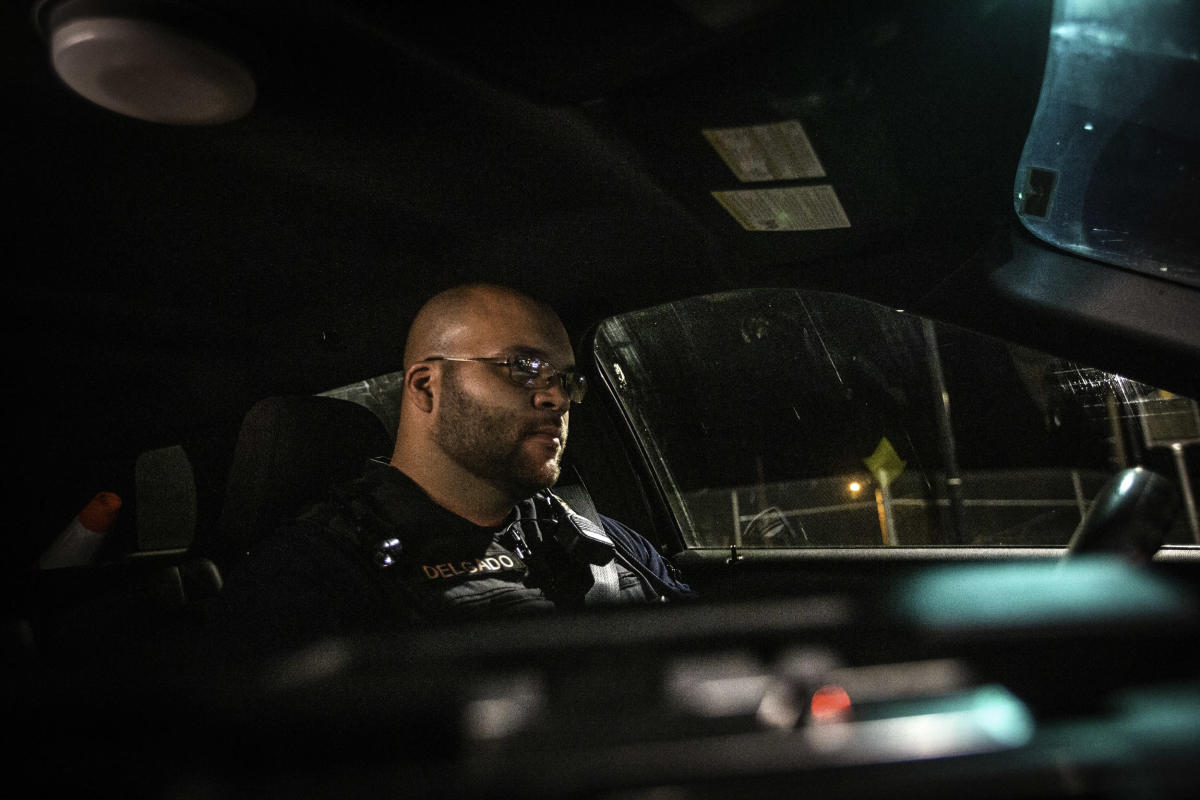 Burlington, Vermont, decided to cut its police force 30 percent. Here’s what happened next.

Burlington, Vt., decided to slash 30 percent of its police force by attrition. Since then, city leaders have been reckoning with the unintended consequences.

the interesting part of this story is, it's not Reps v Dems..... it's Dems v Progressives

Burlington, Vermont, decided to cut its police force 30 percent. Here’s what happened next.

Burlington, Vt., decided to slash 30 percent of its police force by attrition. Since then, city leaders have been reckoning with the unintended consequences.

Acting Police Chief Jon Murad ... said it could take years to replace the officers he has lost, ... Only a few out of hundreds of applicants make it through the police academy.​
Burlington PD - more selective than the Green Berets.


Palladin said:
the interesting part of this story is, it's not Reps v Dems..... it's Dems v Progressives
Click to expand... 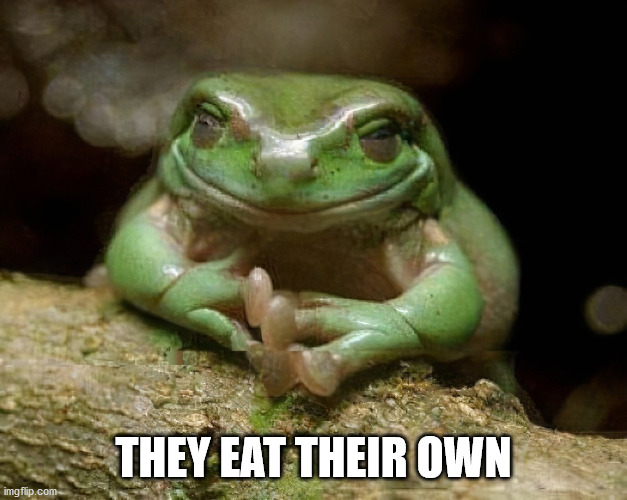 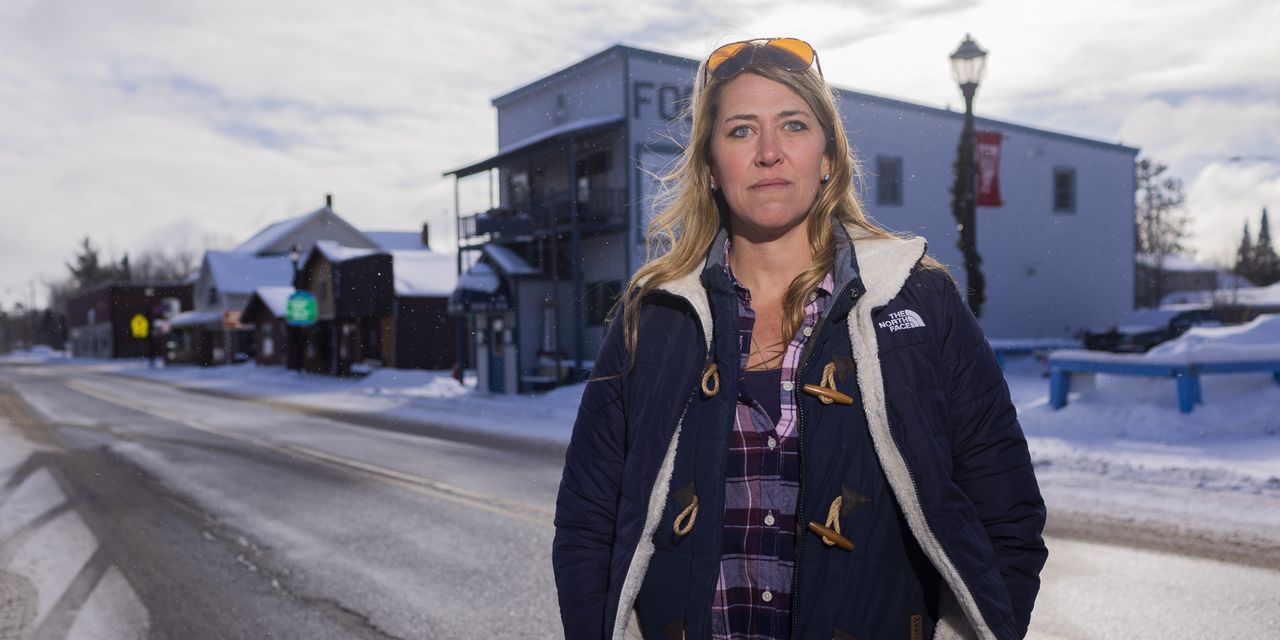 Police Departments Are Losing Officers and Struggling to Replace Them

In the midst of a tight labor market, rising crime rates and growing public scrutiny of law enforcement, many departments say they are short-staffed.

"Some cities, including New York and Los Angeles, have increased police funding in response to rising crime. Officials in Burlington, Vt., after voting in 2020 to cut the police force by 30%, in September approved $10,000 bonuses to retain officers."

Only when the riots, looting and burning near liberal politicians’ neighborhoods, do they think - yeah, we might need more police. Right here, right now…

The media won't report this, but there's actually one category of crime that has fallen to all time low, and that's crimes committed against cab drivers. That's right, you don't hear about cabbies getting robbed, assaulted or murdered anymore.
However, suicide rates among taxi drivers is WAY up.

Marketwatch: 10 US Cities Where Crime is Soaring

In 'defund police' cities with rising crime, getting a gun no easy task: 'Near-impossible to get a permit'