We all had to carry strong side OWB. No IWB was allowed. Which for me was not natural. I never carry strong OWB. My instinctive draw is appendix and I found myself a few times going for my centerline to get my gun out.

Class started at 7:30 on the range with paperwork, medical briefing and a safety briefing. A Sig representative asked us if we wanted to purchase ammo below current market prices for the class. AHH... A hard YES!

Jeff explained how the class was going to flow and what he expected from each of us. He walked us through his minimal acceptable standards. You cannot see the hit area in the body of the man 8” or the 4” face area well on his targets. He has two small circles to the left and right. A 2” black and a 4” grey. Holes on the lines are out. For a certificate in the class, you needed to score an 80 or above. If you had a DQ it was almost impossible to pass the class. A DQ was a bullet anywhere in the white.

Jeff went over his grip method, his stance, method, and how he likes more finger in the trigger, but making sure the finger is not touching the frame as it will push the gun left. Jeff is an advocate of holding the trigger back until the recoil has completed.

We shot the black smaller dots from three to ten yards, taping off any misses and line breaks.

Then instructed on three ready positions (low, high, & compressed) into the center mass and the smaller circle from 3, 5, 7 & 10 yards. We always started off a new concept by dry firing the drill and then did live fire. We fired single shots and then multiple shots into the called-out area.

Jeff went over how he wanted the draw to look, by reverse-engineering the draw. We practiced slowly with cold guns and then did it with hot guns.

There was a definite pattern developing, we would start off new concept dry fringing the drill at three yards, then went loud at three yards, move to 5, 7, 10, 15, 20, and 25 yards. We ended up doing quite a bit of shooting at a distance of 25 yards which was humbling for me. The minimum standards did not change.

After lunch, we did a lot of 25-yard shooting diagnostic where Jeff would analyze our targets and give us suggestions on how to improve. Single shots to multiple shots. Some of the drills were done individually against the timer, not told the par time which messed with your head.

We did elimination drills as a group. If you missed the target zone, or you were the last to finish you were out. But before you could participate in the drill there was a buy-in that you had to pass. You shot into the small black dot in the corner against the timer with an unknown par-time. Constantly more than ½ the class did not make the buy-in and there were very good shooters in the class. The drill was two the body area starting at the 5 and moving back to the 20. Then the remaining would start at the 7 & 10 one to the face. Does not sound hard but the last man to fire was out. Jeff would call the last man after each iteration and then go check the targets. Line breaks were outs. First with a single shot buy-in and then a three-shot string buy-in and three shots to the target area.

We did first acceptable sight picture drills, which meant you broke the shot before full extension. Getting the correct grip was key in this. As soon as you saw the sight in the area of the target beak the shot as you came to full extension.

We always seemed to be back at the 25 doing more diagnostics. Jeff was always taking notes about your target, you never really knew what was being scored. Sometimes he would write our scores on the target other times they would go directly in his notebook.

Day two started off with some dry firing from a ready position with our eyes closed breaking the shot and then opening our eyes to see where the shot broke. After a bunch of these, we figured out where the gun needed to be for an acceptable hit. Our standard was 50% at the 25 to have our shot break on the paper, at 15 in the black silhouette, from the 10 the 8” circle, and from the 7 the 4” face box.

Back to the 25 for some graded diagnostics against a shorter par-time than yesterday. We did a competition those who got the hits and within the par-time moved to the 15 and then to the 10 each with a less of a par-time. If you made it that far you went to the 7 for face shots.

We did strong hand only and Jeff told us he was not a fan of support hand to the chest. We should not develop a training scar to always put that hand there. Try to get both hands on the gun if possible. Grip the f*** out of the gun was the point of this block. My hand ached after a few iterations.

Back at the 25-yard line for some more fun! Did single and multiple shots probably graded.

We did a modified (no facing up range) El Presidente at 5 for accuracy, at 7 for speed, and at 10 graded against a par-time. Jeff told us how it was graded, and accuracy was more important than speed. I am pretty sure I shot it clean but did not make the par-time.

Back to 25 for a few and then we repeated a graded three mag set of drills one with a dummy round and moving from 25-7.

The last drill was a shoot-off against each other shooting an 8” steel circle from 25 yards. We had to make two shots & 2 hits before the other guy.

We were done, we cleaned up the range while Jeff did our scores. Very thankful that at SIG Academy we did not have to pick brass up! Cleanup was easy.

We had a debrief with each of us telling the group what our biggest AH-HA moment was. For me, it was at 25 yards you can’t hide. Grip was so important.

Jeff called out your name and your final scores. You needed a minimum of 80 to pass and get a certificate for the class. Out of 20 students (and many were very good shooters), only one passed the class. Scores ranged from low 20s to a high of 88. My score was 41. Next year I’ll know what to expect and do better. There were students in the class who had taken this class for seven years in a row. The key to passing was being consistent and making sure you were focused and present each and every shot. I found myself wondering on drills and my 25-yard shots were about 50% out of the minimum acceptable area.

This was the most demanding class I have attended. You had to perform on command all day long. It was also my first class that had a minimum set of standards to pass. You either met the standards or you did not pass. Jeff is a very knowable guy with a ton of experience, and it shows. He can look at your target and know what you are doing wrong. He is laid back, very friendly, but you will rise to the standard or you will not pass. If you are not making the standard, he works with you in a friendly manner and does not belittle you. Not all instructors are like that. We all had fun in the class, and it pushed each of us to raise our game on each shot.
## 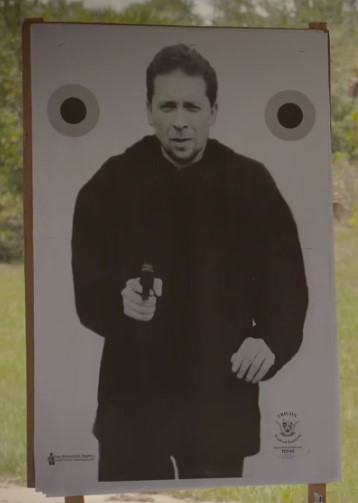