READ THE RULES BEFORE POSTING!!!!

Mass Firearms and Northeastshooters.com would like to give away a Stoeger STR-9 in July. 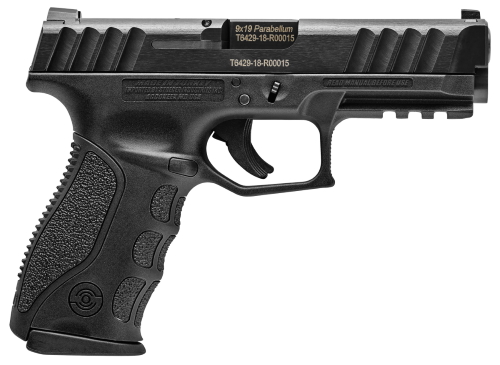 How do you enter?

Simple, if you're a GREEN member you can simply post in this thread "In" and I will add you to the drawing.
If you are not a GREEN member become one and post "In" in this thread.
All checks for membership must be received by July 31st. If you still want in after that date you must use PayPal.

In order to enter you must be legally able to own a handgun in the state your residence...
Continue… 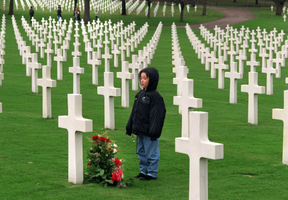 Is an American holiday, observed on the last Monday of May, honoring the men and women who died while serving in the U.S. military. PERIOD.

And I for one am both thankful and grateful for their sacrifice for this great nation. May they rest in peace, and may they never be forgotten.

A Colt 1911 custom crafted for a USMC Gunnery Sergeant. Started with a Colt pre 70 re-issue. Kart barrel, serrations and high cut. EGW bushing and ambi safety. A NOS wide wide hammer and lanyard loop MSH. BoMar style rear sight. The front sight has a platinum insert from friend Ted Yost. The engraving and inlay of white gold is by Brian Powley. The case in by Glenn Dean of Classic Chests. All great craftsmen and a pleasure to work with. 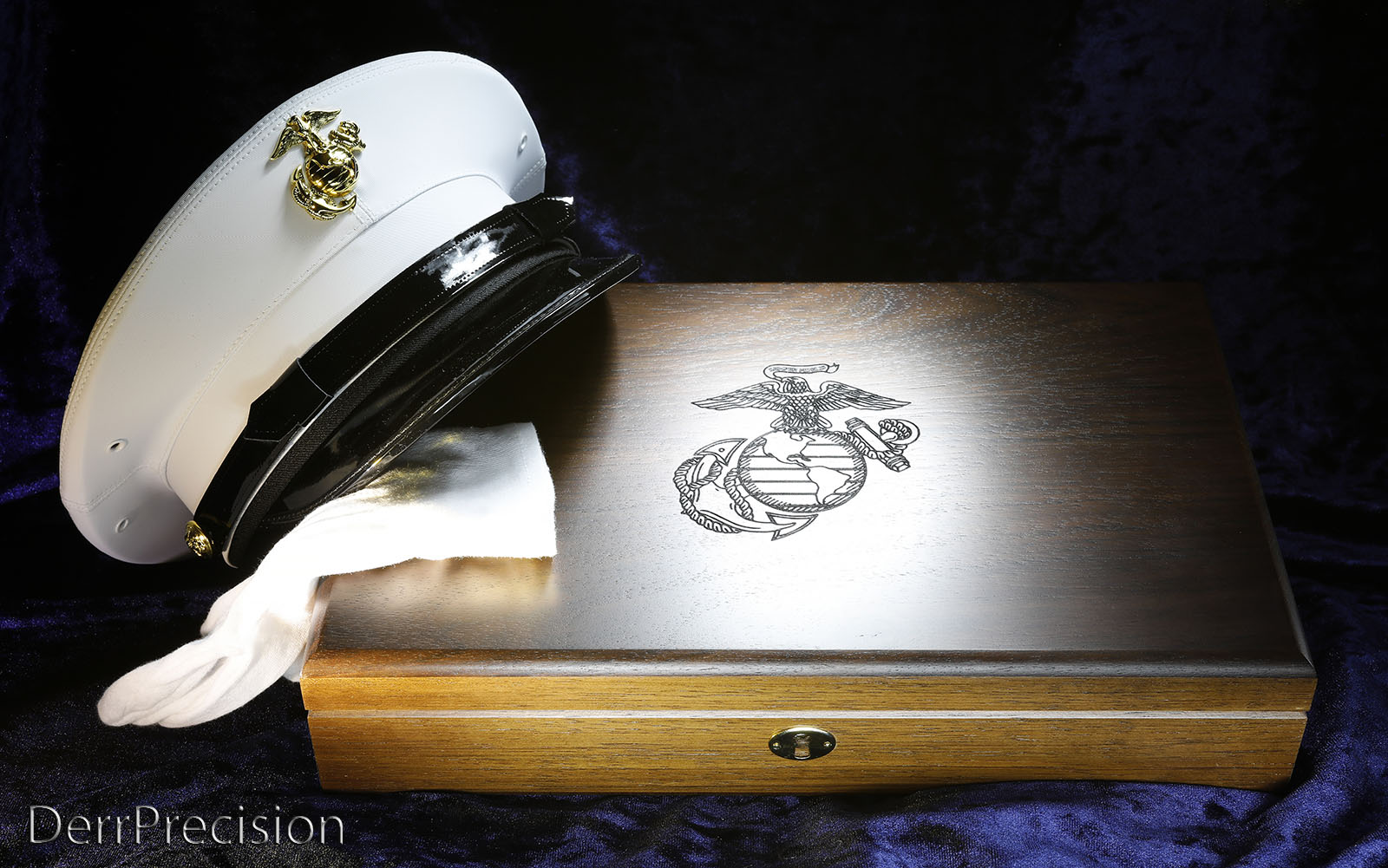 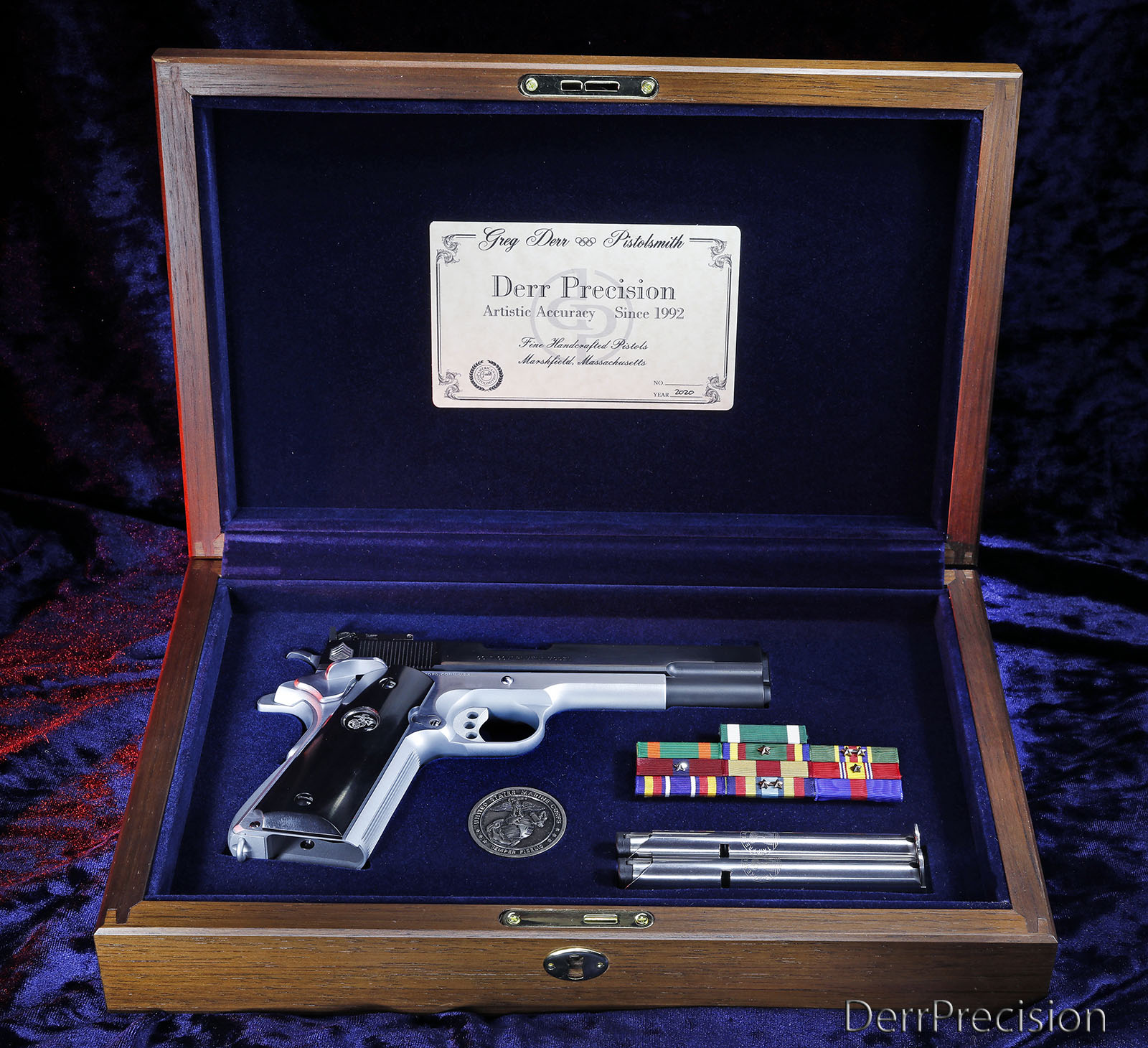 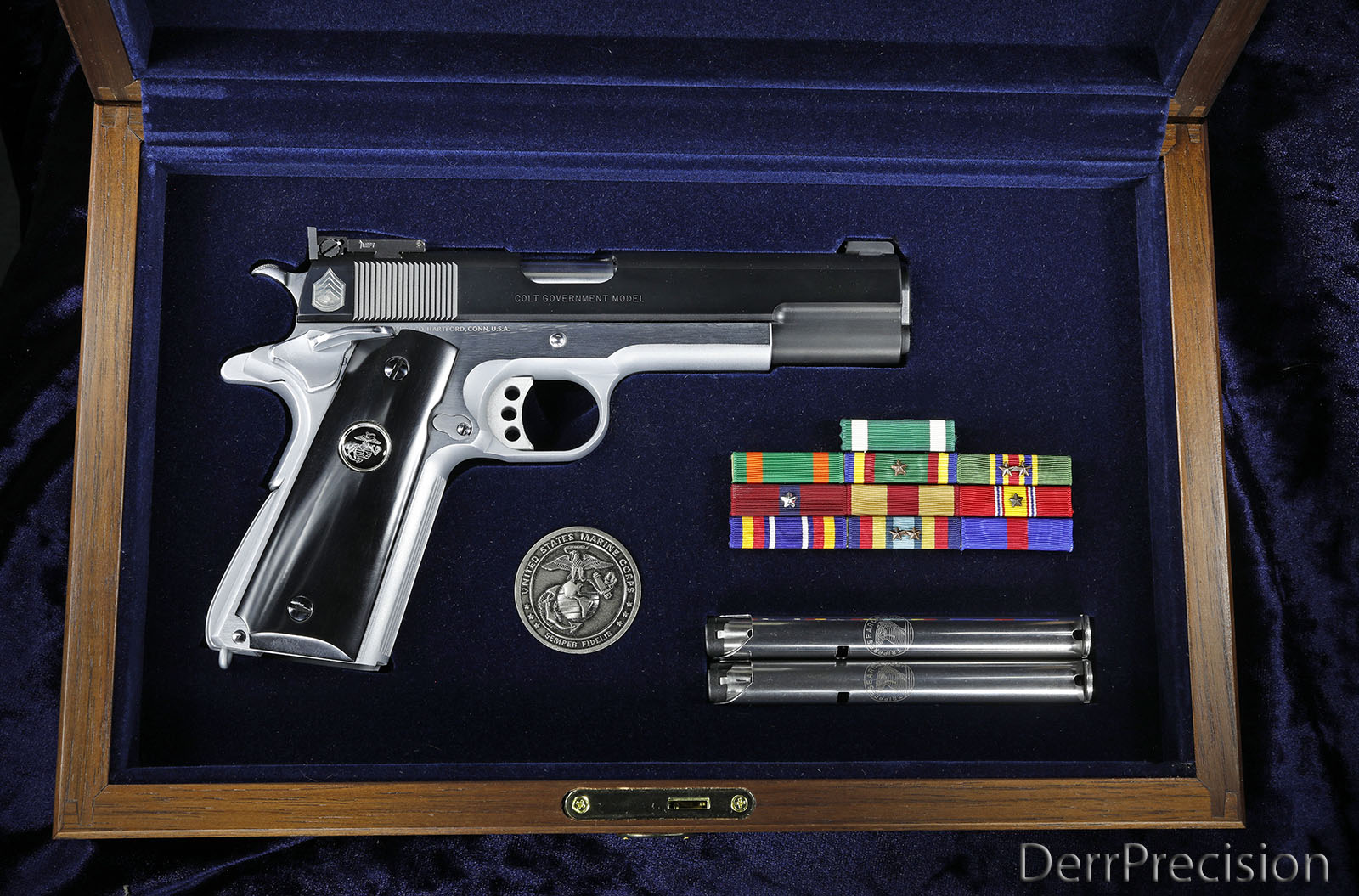 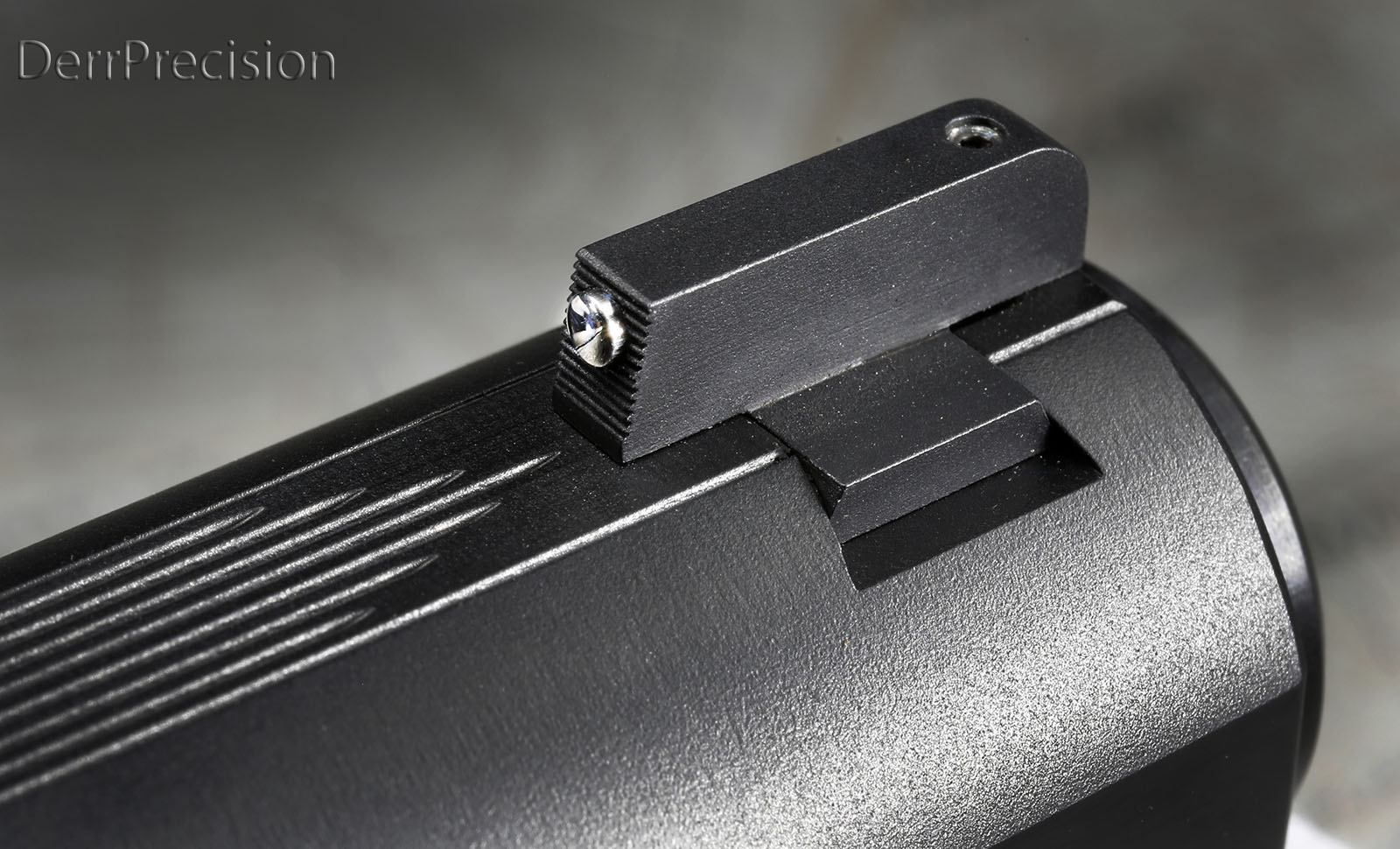 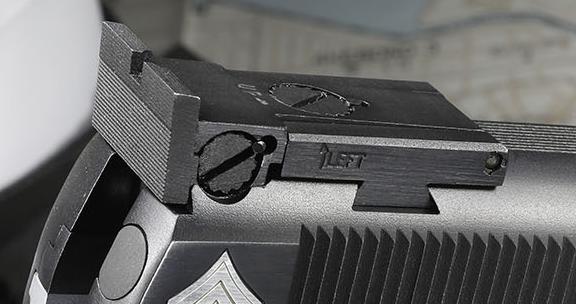 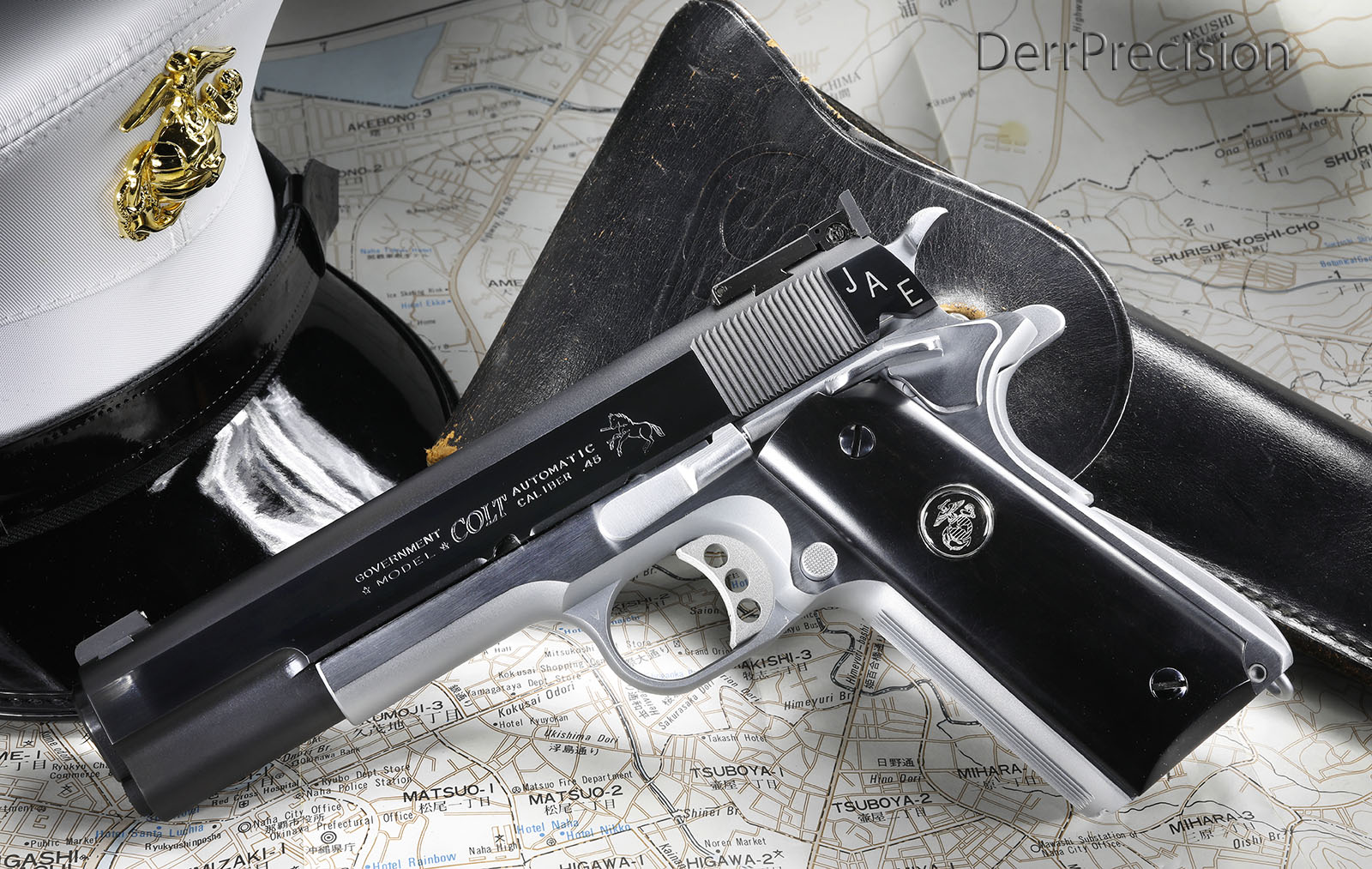 Comm2A, SAF, GOAL and FPC has just filed against Baker admin on shop closures. More to follow but here is the Comm2A press release.

Born in 1911 Bob Chow was the first Asian American gunsmith of any renown. He was American born in California and became proficient in target shooting. In 1948 he was on the US Olympic Team competing in London in the rapid fire event. In the 1950's thru the 80's he was the go to guy for west coast bullseye shooters. This project came in as just an upper. The Colt Commander slide was fit with a S&W K frame rear sight nested nicely in the slide. The front sight is custom made and silver soldered in place. Bob refit the Colt barrel using a lock up tab on the inside of the slide similar to what Swenson did. I don't know who did it first. Maybe Chow. He fit his own bushing to the barrel. For my part I built a lower from a Colt Commander frame. Checked 30 LPI by Pete Single after I fit a Stan Chen Gen 2 mag well. The internals are all bar stock from E2. I made a custom grip safety using our blank. The grips are ebony cut to fit the shortened frame. The original slide was blue so I just...
Continue…

Time Marches On - The best month for bass is one that many anglers overlook. 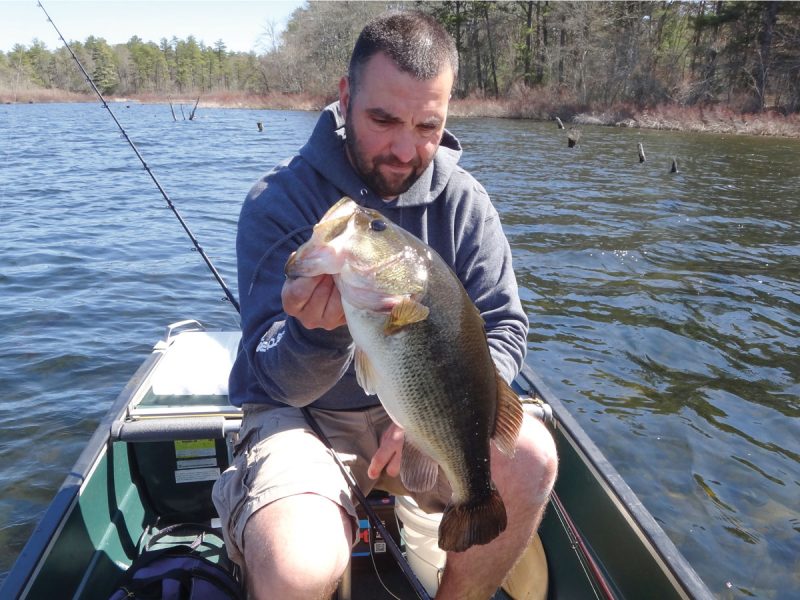 Pictured above: Prominent structure, situated perpendicular to a drastic depth change, often makes bigger bass easier to catch. This 5-pounder ate the bait just off the deep end of a fallen tree.

March 23, 1994
Wednesday afternoon, sitting in pre-Algebra—by far my worst subject. It’s the warmest day of the year so far, and I all I can do is stare out the window. It snowed five days ago, but all that’s left now are snow banks and long rivers of meltwater crossing the upper lot at Westborough High School. Mr. Burril opens a window and a gust of spring-scented air fills the room. My mind briefly wonders about bass fishing—seems too early—then my thoughts quickly shift to remembering where I left my baseball glove. I hope I have the grades to make the JV team...
Continue…

How to Hunt Turkeys in Any Weather

Not every spring day is clear, calm and warm. In fact, those days are the exceptions. But never fear. Here's your guide to turkey hunting in any weather.

Even in the worst weather conditions, turkeys are out there somewhere. But finding them requires thinking like those birds. Paying close attention to weather patterns and developments – and understanding how turkeys are likely to react to them – is often what it takes to kill a bad-weather gobbler.

Read full story here: How to Kill Turkeys in Any Weather
Continue… 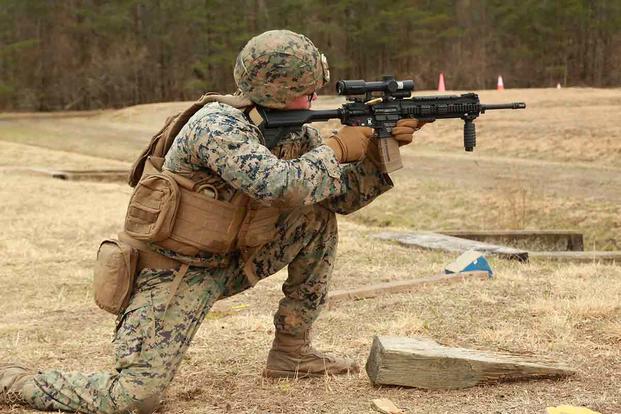 The Feb. 21 contract, worth up to $64 million, will pay Trijicon to manufacture up to 19,000 Squad Common Optic (SCO) devices, a variable-powered optic that will allow Marines to engage targets at greater distances than the service's current 4X fixed-power Rifle Combat Optic (RCO), which is also made by Trijicon, according to a recent news release from Marine Corps Systems Command.

This is a cool build that I just completed featuring Stan Chen's Pro Trac treatment . The finish is PVD. 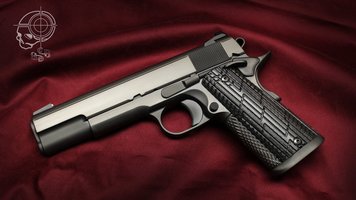 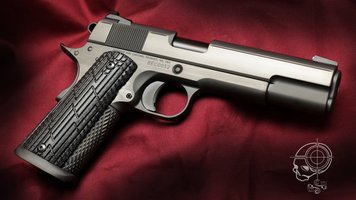 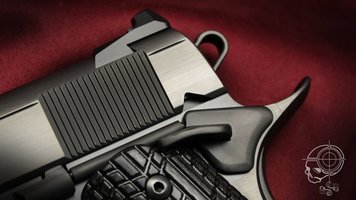 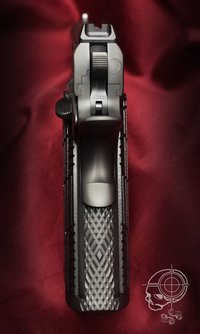 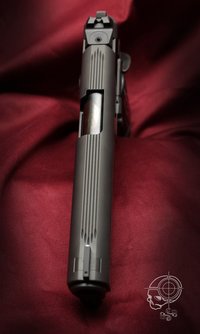 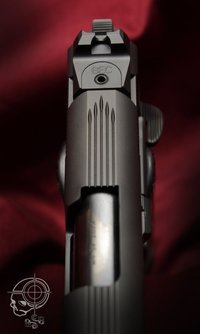 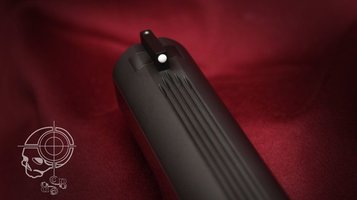 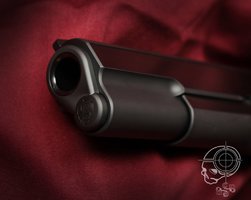 SA80 … arguably the worst service rifle (but absolutely NOT an “assault rifle” though), samples in US are far too few to pass own judgement without listening to people with pony tails. So I’ve had this itch for a while and unlike other itches neither vodka nor antibiotics seem to help. 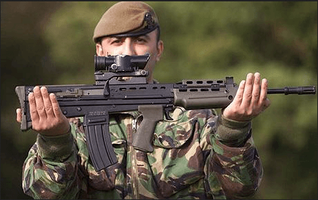 ​
Once again somebody (Brownells) comes out with square bolt AR and I figure we give it another shot.

​
I started with BRN-180 upper thinking that I’d slap SA80 lower harder and faster than the Queen whipped that Hollywierd tart. But it looks like instead of lofty straight bottom on the upper, it was made to mate with AR15 (totally different sex team) so the lower will need to be thinner in parts except the mag well.

In other words, BRN-180 lower needs to be as thin as AR15 receiver. SA80 lower is much thicker and … longer (and arguably...
Continue… 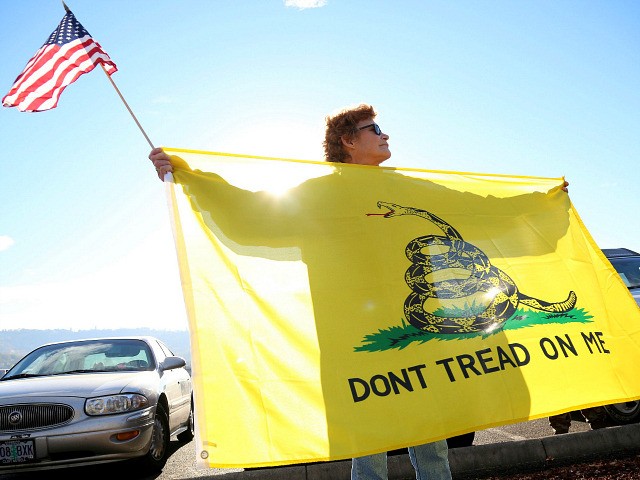 The NRA will be handing out 1,000 30-round magazines in the Virginia Capitol City of Richmond Monday as part of the fight against Gov. Ralph Northam’s (D) gun grab.

The NRA used a Sunday night tweet to explain that Magpul Industries — a renowned magazine and firearm accessory maker — sent 1,000 magazines to the gun rights organization in order to have them given out to pro-Second Amendment Virginians on Monday. 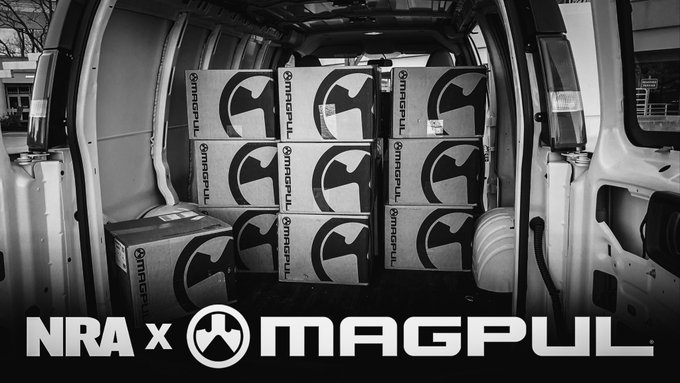 The moderators and I would like to wish everyone a Happy New Year.

2020 promises to be a big year for America. From the Presidential Election and the balance of congress, to the communists pushing their boundaries in Virginia.

"We must, indeed, all hang together or, most assuredly, we shall all hang separately." -- Ben Franklin 1776
Continue…

The moderators and I would like to wish everyone a Merry Christmas.

READ THE RULES BEFORE POSTING!!!!

Mass Firearms and Northeastshooters.com would like to give away a Smith & Wesson M&P 40 in December. 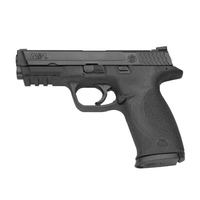 How do you enter?

Simple, if you're a GREEN member you can simply post in this thread "In" and I will add you to the drawing.
If you are not a GREEN member become one and post "In" in this thread.
All checks for membership must be received by December 28th. If you still want in after that date you must use PayPal.

In order to enter you must be legally able to own a handgun in the state your residence as of NOW...
Continue…

This raffle is to support our club's legal issues and to help get our range open again. Monadnock has been a amazing supporter of NES over the years by hosting dozens of shoots and events. I know this has been posted in the Monadnock thread but I wanted a separate thread for it.

WHO: MRGCI and Old Glory Guns & Ammo at their new location in Greenville on Route 31 across from the Country Mile gas and convenience store.

WHERE: You can purchase tickets by contacting - [email protected] or by using PayPal, and sending $21 (per ticket) to payment @mrgci.com
IMPORTANT, please include your name, (snail) mailing address, and contact telephone number in the comment area when you send your PayPal payment. You may include a preferred email address to enhance communication options. Your physical ticket(s) will be mailed to you at the snail-mail address...
Continue…

Happy Thanksgiving NES and to all our service members everywhere .

Happy Thanksgiving I wish you all the best that the day has to offer! 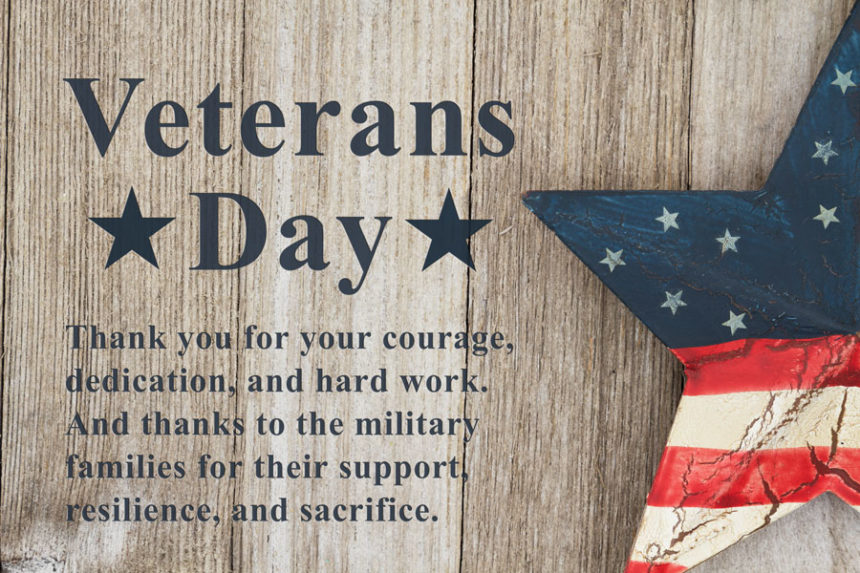 Thank you all...
Continue… 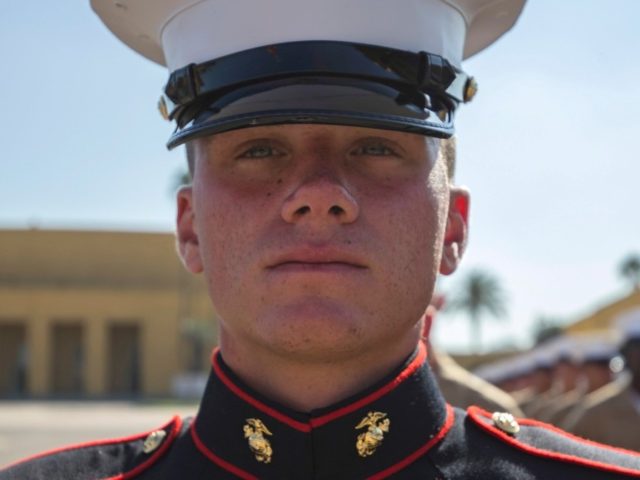 Breitbart News reported Brendan Bialy was a senior at the school when he tackled the gunman on March 7, 2019. The attack resulted in eight injuries and one fatality.

Bialy’s family released a statement after the incident, saying:

We are deeply saddened for the victims, families, friends, and community on this tragic day. We’d like to commend the immediate response of law enforcement and assure all we are strong with the love of our families, community, friends, and every one sending concern, wishes, and strength. We will persevere.

Stars and Stripes reports that Bialy is now a Marine.

Bialy planned on becoming a Marine before the shooting incident occurred. He...
Continue…

Meghan McCain: There Will Be Violence if Government Tries to Take AR-15s 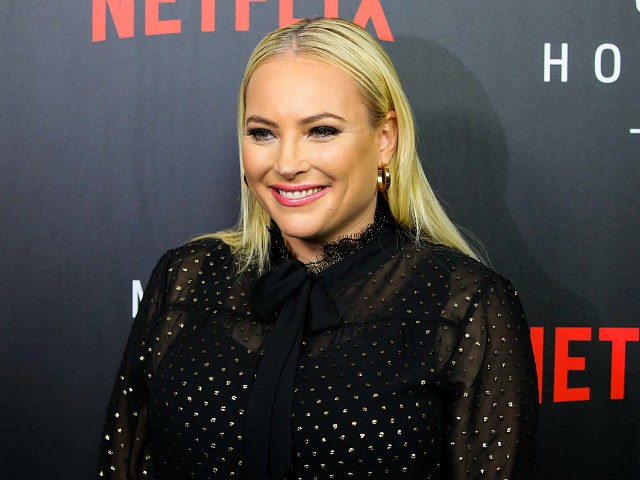 During the September 3, 2019, airing of The View, host Meghan McCain said there will be violence if the government tries to AR-15s away from Americans.

McCain said, “The AR-15 is by far the most popular gun in America. … I was just in the middle of nowhere Wyoming, [and] if you’re talking about going and taking people’s guns away from them, there’s going to be a lot of violence.”

Meghan McCain: There Will Be Violence if Government Takes AR-15s
Continue…