A 41-year-old man who claimed to have a classified military past killed three people inside his neighbor’s house after a domestic dispute with his wife and then fatally shot himself during a standoff with police, authorities say.

Christopher Wilson Snyder, of Brookeville, Maryland, was found dead inside his home Monday night, more than six hours after the fatal shootings next door, the Montgomery County Police Department said.

Snyder’s 33-year-old wife told police that she was held hostage by her husband in their home in the 22000 block of Brown Farm Way over the weekend, Montgomery County Police Chief J. Thomas Manger said at a press briefing after the standoff ended. His wife said she was able to escape Monday and fled to her neighbor’s house. Chris Snyder followed her there and opened fire, killing three people. His wife was able to escape along with two others. 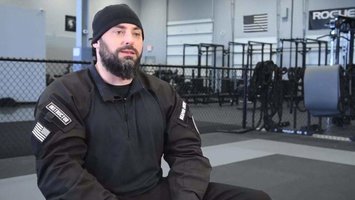 According to ABC 7’s Kevin Lewis, Snyder had two businesses registered at his Brookeville home, Identity Solutions Inc., a security systems company, and Black Widow Enterprises LLC, which was a licensed gun dealer. A website registered by Identity Solutions Inc, digitalidsolutions.com, is not working, but an archive of the site from 2013 exists. The “About Us” section, states, “Identity Solutions is a leader in Information Security and Assurance, Identity and Access Management, PKI, Smart Cards and Biometrics, delivering these solutions to Commerical, Federal, Government and State agencies. Identity Solutions has demonstrated technical depth and leadership on a broad range of initiatives. We have the right people and resources to deliver the ‘total’ product”.”

Another section of the website explains that the company provides security audits, penetration analysis, consulting services and regulatory audits. The site’s contact page lists its address as being a home in Elliott City, Maryland, that public records show Snyder once owned. The founder and president is listed as Chris Vittek, which is one of Snyder’s aliases, according to public records.

Snyder, an Air Force Veteran Who Told Neighbors He Worked With a ‘Three-Letter Agency’, Was Arrested Last Year on Drug & Weapon Charges

Public records show that Snyder was arrested in Montgomery County, Maryland, on June 8, 2017, and charged with carrying a concealed dangerous weapon, a misdemeanor. A dangerous weapon is defined as a “dirk knife, bowie knife, switchblade knife, star knife, sandclub, metal knuckles, razor, and nunchaku.” He was also charged with possession of a controlled dangerous substance. Further details about that case were not immediately available. According to WJLA-TV, the arrest was expunged from his record.

Snyder talked with neighbors about having worked for a government agency at one point, referencing “three letter agencies,” a phrase typically used to reference the FBI, CIA and NSA. But authorities have not confirmed that he had ties to any of those agency or did any kind of secret government work.

“I just didn’t care for the guy,” Greenstone told the newspaper. “We do good, clean, honest shooting, some skeet shooting. He came loaded for bear.” Greenstone told the newspaper Snyder once came to a target shooting session with two guns holstered to his waist and another around his ankle. He also brought “assault-style rifles,” and asked to set up multiple targets. Greenstone said Snyder cryptically talked about working for an agency “with three letters,” but Greenstone said that came across as “nonsense,” The Post reports.

Other neighbors told WUSA-TV that Snyder boasted about his military service and claimed to have taken part in overseas operations. Neither WUSA nor Heavy have been able to confirm details about Snyder’s military career. He also claimed to be “special ops” and told neighbors he could protect them if anything ever happened, according to WBFF-TV.

Interesting. Lotta bullshit artists out there, especially among the severely unbalanced. I'd love to know what started the brawl.

With that said my old boss (and friend) was a ranger-turned-CIA-asset and faced a lot of lies from the MSM, congress, and the Army when he exposed some of the bullshit he dealt with, and fulfilled his private contracts overseas running his own company. He had friends in high places (both the Army and Congress, not so much the CIA) and documentation of his service, but to this day the occasional oddball story pops up claiming he was a total fraud and a crook which couldn't be further from the truth...

Sounds like one hell of a swiss army knife. No bottle opener?

What a wild and crazy ass dude. Went all operator on the folks across the street. Brutal.

No gun crime story is complete without a fudd chuckle however:

Greenstone showed the news station an old car part that Snyder shot at, with bullet holes in it. “A normal gun will not shoot through that steel. He was using armor-piercing ammunition,” he said.

Gotta love sandpit forensics. I used to do it all the time.

Nick Fury said:
What a wild and crazy ass dude. Went all operator on the folks across the street. Brutal.

No gun crime story is complete without a fudd chuckle however:

Greenstone showed the news station an old car part that Snyder shot at, with bullet holes in it. “A normal gun will not shoot through that steel. He was using armor-piercing ammunition,” he said.

Gotta love sandpit forensics. I used to do it all the time.
Click to expand...

Car parts. He was shooting car parts at a sand pit. Private or not a bit of fuddery exists with what I quoted.

The guys who really did 3 letter merc work rarely if ever mention it.

I knew one such person who was the "real deal". I knew him for a couple of decades but still had to wait until the book was published after his death to know he was an actual "operator".

IRS?
DOL?
There seems to be SCADS of 3-letter government agencies.

"I have a military past, but it's classified."

I found a picture of his grandfather during his "time" as a "Colonel" with the "US Army" if you believe that sorta stuff: Same guy. Same room. You'd never guess it, would you? 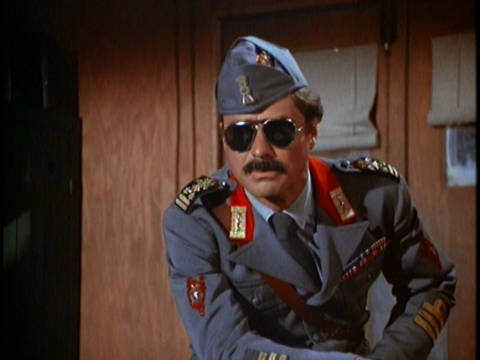 Nick Fury said:
Car parts. He was shooting car parts at a sand pit. Private or not a bit of fuddery exists with what I quoted.
Click to expand...

No. You misunderstood, or I didn't make clear. My point was that I agree that your quote is indeed fuddery, it's not "armor-piercing ammunition", it's just normal steel core. It'll go through plate. Plate ISN'T armor. Car parts aren't armor. Well, MOST car parts aren't armor.
Share:
Twitter Reddit Share Link

Daunte Wright Shooting: 5 Fast Facts You Need to Know - Air Fresheners to be the next symbol of white supremacy
17 18 19

Everything you need to know about radical Jihad ( terrorists)