Being in a Weapons company and in the reserves I find our propensity to play F*** F*** games to be pretty limited, even during our activation. I can't say the same for my active buddies or even my friends in line companies.

Ranger School graduation. I'm directly under the tip of the guidon, which a buddy is holding. Graduation rate of the 199 who started was 44%, about typical for a winter class. Some get recycled, other recycle in so the class stayed at around four platoons.

Nose cone of one of the booster rockets from the Shuttle Challenger. '86 USS Guam LPH-9 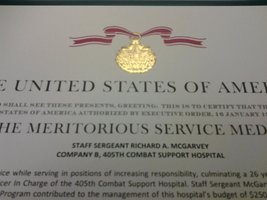 Here's me with some of the Iraqi police we helped train in an Numanya, Wassit Province in 2009:

That dude has a sick mustache.

Sent from my SAMSUNG-SGH-I727 using Tapatalk 2

That's CPL Abbas - we used to call him Renegade because his mustache was so damned awesome.

It has been a long time since anyone has posted here.

A photo thread on another forum got me thinking about this thread.

Unfortunately, many of the photos in previous posts are no longer showing - bummer.

This was taken in Egypt during October 2001 while training with a German Airborne unit.

It is the trainer version of the Panzerfaust. We were able to shoot a number of rounds through it, but disappointingly we didn't get to fire any real rockets.

This is a picture with one of their senior NCOs. He told me that this was the first time German combat troops had trained outside Germany since WWII.

He's holding my M16A2 and I have his H&K G36. In the picture the tape on his rifle appears white, but was actually tan.

Later we got to check out their Wiesel Armored Weapons Carriers.

That's an interesting camo pattern on that German's uniform...

ou guys have cooler pictures than me.

It took me a moment to figure out what I was looking at in the 1st picture. My first thoughts were that it looked like one of the WWII German rockets on top of a snow-covered mountain.

Thanks for your service! 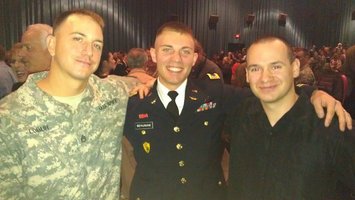 The day I graduated Flight school. The E-6 to the left is about to go through IERW and the gentleman to the right went through Flight School from WOCS through graduation with me.
G 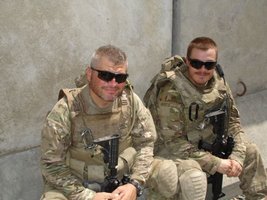 Location
RETIRED, at home or wherever I want to be

Well, I just went thru this whole thread again. I can't believe that it's been 8 years since the thread was started and I first posted in it.

Everyone looks so much younger than they did back in 2006 !

I'm beginning to feel as old as my great great grandfather when he got this picture taken of him with his Civil War medals and hat.

thanks to you all for posting and for being my brothers-in-arms. There's no better fraternity on the world.
Last edited: Feb 1, 2014 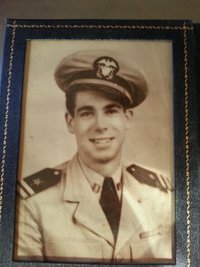 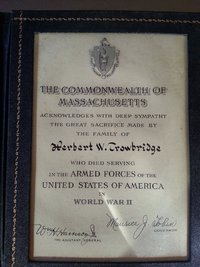 jbehuniak said:
View attachment 92875
The day I graduated Flight school. The E-6 to the left is about to go through IERW and the gentleman to the right went through Flight School from WOCS through graduation with me.
Click to expand...

What/with whom do you fly if you dont mind my asking? I intend to go the woft route for the NG some time in the next few years.

Sent from my SAMSUNG-SGH-I337 using Tapatalk 2

Pilgrim said:
... with his Civil War medals and hat.
Click to expand...

Is one of those the Medal of Honor?

Location
RETIRED, at home or wherever I want to be

Andy in NH said:
Is one of those the Medal of Honor?
Click to expand...

nope, the one with the star shaped bottom is a GAR ribbon and the other is something to do with the artillery unit he was in, with it's crossed cannons .

I never researched what they were. I have them both.

Andy in NH said:
Is one of those the Medal of Honor?
Click to expand...

Looks like a Grand army of the Republic badge.

Camp Pendleton 1991, of all my pictures this one was always my favorite. Probably because I was a short timer here. Me third from left, points for guessing second guy from left.

standfast86 said:
Camp Pendleton 1991, of all my pictures this one was always my favorite. Probably because I was a short timer here. Me third from left, points for guessing second guy from left.

I believe that's the great AG! I was out in 91, but not by much! Now my son is a short timer (L 3/8)! I'm old!
Plus it's that much more awesome that you're at a relaxed parade rest, but your comrades are overwhelmed by him and at attention!
Last edited: Feb 2, 2014

Yup Commandant Al Gray. Nice guess! If my poor memory serves me right this was on a weekend after my unit got back from the gulf, we flew Al in and they needed some guys to show CMC around. There must have been only the three of us because I know they wouldn't have chosen me if they didn't have to. I was pretty much checked out by this point. 6 years in and 3 pumps was enough for me. They were telling me "Remember, its not sir, its General. You know 'Would the General like to see this etc" Haha he was cool as ****, joked around the whole time. One of the coolest O's I ever met. Course he was short too, think he bailed in '92?

Feelin' old too, that AH-1w behind the General is retired now. They were brand new when I got to my unit in '86.
G

There's no mistaking Big Al! And I think you're right, he was a short timer then too. I'm surprised you didn't get in the shit for wearing those camomiles cause they're so faded ( which was and still is a badge of honor). Yup the new AH1 is Super! It wears a cape and has 2 engines!

Oh I'm sure I got shit from someone,the super-lifers were probably hiding somewhere in fear of looking bad in front of CMC. I'm glad I got to meet and shoot the shit with him.

Cole and I at the Marine Corps Shooting Championships circa 1995. Cole won the Western Division rifle Championship in 95' and I won it in 96' with a 590-53x. 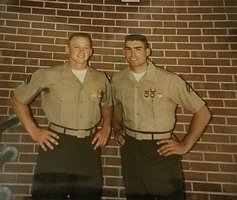 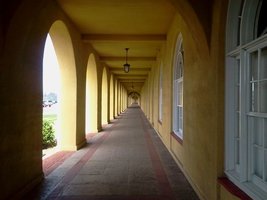 Lai Khe home in a Michelin rubber plantation
ROK dead laced to sappling
U2 in the skies of Vietnam
45th Med Co Air Ambulance hqtrs in Long Binh, Vietnam III Corps
Me and family 1969
Me and "the other" Frenchy..............you'll have to ask RAT187.
My aircraft "Misscarriage"
MUST depressurized by mortar @ Dong Tam III Corps
Flying NOE (nap of the earth) in later years.
Revetment parking at Long Binh
Shredded MUST at Dong Tam III Corps
Another hole
Nui Ba Den (Black Virgin Mtn).........we lost 2 helicopters & crews to that mountain. One in day weather and one in night weather.
Chris Noel..........actually up close her complexion was pretty messy. Nothing a ton of pancake makeup didn't cure.
Decca navigation System. Unfortunately we only had 3 units for our 24 helicopters. Our tech rep had a tough time keeping more than one operable. They were fantastic when they worked!
The mission sheet we were handed for each mission. Time, distance, and heading to destination. Tough navigating over 3 canopy jungle and at night. Our map: 1:50,000